Bank of Russia hikes interest rates to 20% as ruble crashes 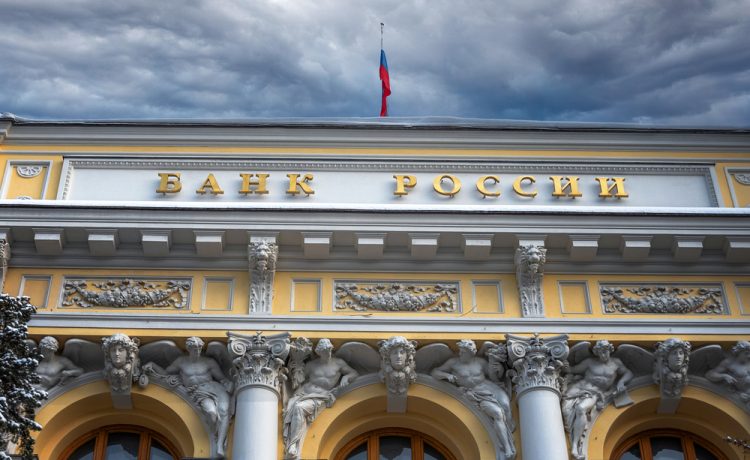 Russia’s ruble crashed roughly 30% to a record low against the dollar on Monday morning in Europe, according to Bloomberg

Russia’s central bank more than doubled interest rates to 20% on Monday in an effort to halt the collapse of the ruble, which has gone into freefall after the West imposed tough new sanctions over the war in Ukraine.

The Bank of Russia also said on Sunday that it would resume buying gold in the domestic market as it tries to shore up its finances and find ways around sanctions on its activity.

Russia’s ruble crashed roughly 30% to a record low against the dollar on Monday morning in Europe, according to Bloomberg data. It stood at 108 rubles per dollar at 8:20 am GMT.

The central bank said it would hike its main interest rate from 9.5% to 20% as it tried to limit the damage. The idea is that higher interest rates increase the return to investors, luring foreign capital to the country and pushing up the exchange rate.

It also banned brokers from selling securities on behalf of non-residents, with an eye to halting the decline in domestic asset prices. And it delayed the opening of the stock market, saying trading will begin no earlier than 3 p.m. Moscow time (12:00 pm GMT), if at all.

The US and its allies hit the country with tough new sanctions over the weekend after Russian President Vladimir Putin started what could be the biggest European conflict since World War II by invading Ukraine last week.

They have blocked certain Russian banks’ access to the SWIFT global payments system, which is crucial to international money transfers. Analysts said the move is likely to be a major blow to the country’s economy.

The US, European Union, UK, Canada and others also sanctioned the central bank, saying they intend to stop the institution using its $630 billion of international reserves to undermine other sanctions.

Economists said the sanctions could cause havoc in Russia. A collapsing currency is a huge danger as it could drive up the cost of imports and send inflation soaring. It also makes a country far less attractive to foreign investors due to the high levels of economic uncertainty.

Please remember that investments of any type may rise or fall and past performance does not guarantee future performance in respect of income or capital growth; you may not get back the amount you invested.
Richard StanleyMarch 1, 2022