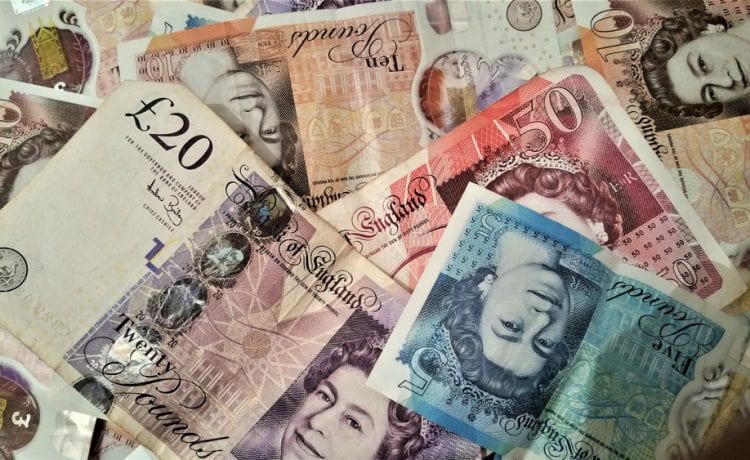 However, with England in another lockdown until at least December 2, the recovery is expected to slow down in the fourth quarter of the year

The U.K. economy grew by 15.5% in the third quarter, according to preliminary figures published Thursday, as it begins to rebound from a sharp downturn.

Economists polled by Reuters had expected a 15.8% quarter-on-quarter expansion in GDP (gross domestic product) in the three months to September. It comes after an unprecedented 19.8% plunge in the previous quarter as nationwide lockdown measures crippled activity.

The third-quarter bounce marks the U.K.’s sharpest quarterly expansion since records began in 1955, but GDP is still 9.7% below where it was at the end of 2019, the Office for National Statistics said Thursday. Compared with the third quarter of last year, GDP fell 9.6%.

Monthly growth slowed throughout the third quarter. GDP expanded by 6.3% in July, slowing to 2.2% in August and 1.1% in September, when it was driven by the professional, scientific and technical industries, according to the ONS.

However, with England now in a month-long partial lockdown until at least December 2 amid a resurgence in coronavirus cases, the recovery is expected to lose steam in the final three months of the year.

The deadline for the U.K. and the EU to reach an agreement on their post-Brexit trading relationship is also rapidly approaching, with a “no-deal” scenario at the end of the year widely expected to cause further economic disruption.

U.K. Finance Minister Rishi Sunak recently announced the extension of the country’s furlough scheme until the end of March in a bid to ward off a sudden spike in unemployment, while the Bank of England expanded its target stock of asset purchases to £895 billion ($1.2 trillion). The central bank estimates an 11% contraction over the course of the year.

A strong rebound in the economy is clearly positive, but we should keep the champagne on ice for now, said Laith Khalaf, financial analyst at investment platform AJ Bell.

The summer boom was turbo-charged by the Eat Out to Help Out scheme, while the furlough scheme worked its magic by keeping unemployment under wraps, he said.

Khalaf suggested the real “litmus test” will be how quickly the economy can return to pre-pandemic levels, and although news of Pfizer’s vaccine breakthrough has offered hope to businesses, a rise in unemployment and insolvencies is still likely over the winter. Failed Brexit negotiations could also give the economy an “unhelpful shove in the wrong direction”.

James Smith, developed markets economist at ING, said the third-quarter figure was “probably as good as it gets for the time being.”

We are likely to see a modest fall in GDP during October, reflecting the introduction of ‘tiered restrictions’ in England (which will have acted as a further drag on hospitality) and a local lockdown in Wales, he said.

Smith said, however, the decline will be amplified in November, where we estimate we’re likely to see a 6-7% slide in monthly GDP on the month-long English lockdown. This will also result in a negative figure for Q4 as a whole.