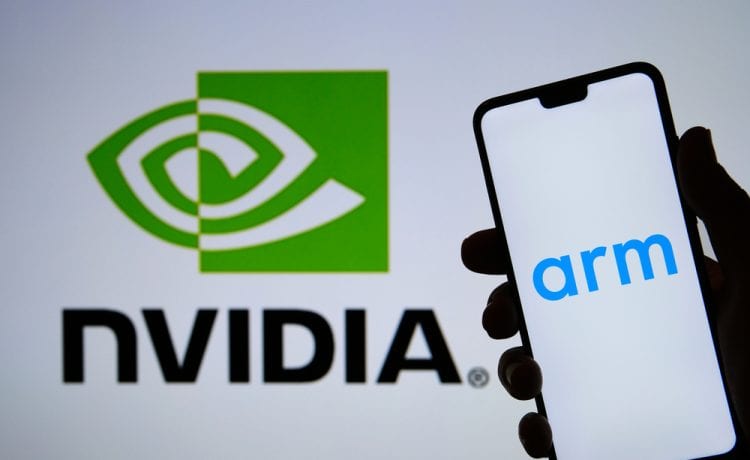 UK ministers last night gave the strongest signal yet that the £30billion takeover of Arm could be blocked as the British chip designer’s former boss called for it to return to the stock market in London.

As the row over the proposed acquisition by US rival Nvidia escalated, the Government said it was ‘examining the deal carefully’ and ‘will not hesitate to investigate further and take appropriate action’.

The comments – which raised the prospect that the deal could be blocked – came as pressure mounted on competition regulators to launch a separate full-scale probe.

The close attention of both the Government and the Competition and Markets Authority poses twin threats to the proposed sale of Arm by owner Softbank to Nvidia.

Former Arm chief executive Warren East – now boss of engineer Rolls-Royce – said he would welcome the tech firm’s return to the London stock market if the takeover by Nvidia falls through.

He said: I would be glad to see it under public ownership. I was always very proud to be head of a global leader listed and based in the UK. It would be great if Britain could have more global leading tech companies, there aren’t many.

Arm was listed on the London stock market before being sold to Softbank for £24billion in 2016, a deal which drew heavy criticism for then prime minister Theresa May.

And pressure is mounting on British regulators to launch a full scale investigation into the proposed sale to Nvidia. The CMA said earlier this month that it would look at the deal and ask rivals to comment.

It is understood that since January 6 some of the UK’s largest chip and semiconductor companies have written to the CMA asking for the deal to be blocked on competition as well as security grounds.

Please remember that investments of any type may rise or fall and past performance does not guarantee future performance in respect of income or capital growth; you may not get back the amount you invested.
Richard StanleyFebruary 6, 2021