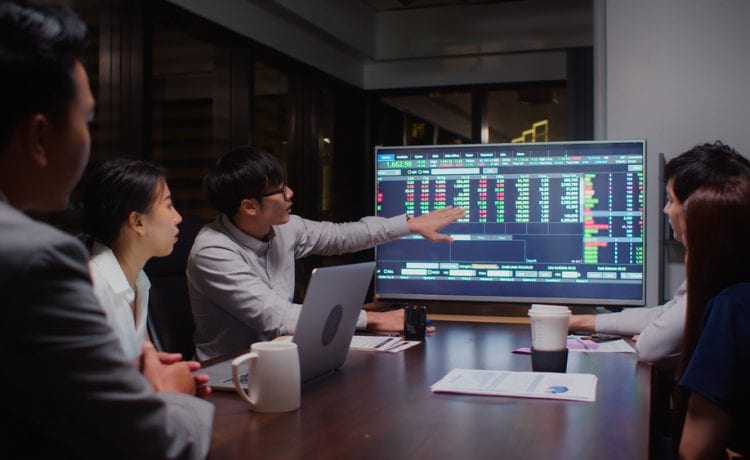 Stocks in Asia rebounded from a two-month low on Wednesday after bond yields eased following a well-received auction and as Chinese shares found a footing following recent steep falls on policy tightening concerns.

The bounce back came after Chinese shares had dropped to their lowest levels since mid-December the previous day on the prospect of tighter policy and a slowing economic recovery.

Markets are giving full attention to bonds. As earnings are not growing that fast right now, the lofty stock prices we have now will become unsustainable if bond yields rise further and undermine their valuation, said Hiroshi Watanabe, senior economist at Sony Financial Holdings.

Despite this, many market investors remained on edge, with the next tests of investor appetite for government debt due later this week in the form of 10-year and 30-year auctions.

Although the bond market has steadied a bit, pressures will remain, said Naokazu Koshimizu, senior rates strategist at Nomura Securities.

Some investors see a real risk of an overheated U.S. economy and higher inflation on the back of planned spending by the Biden administration, including a $1.9 trillion stimulus and an even bigger initiative on infrastructure.