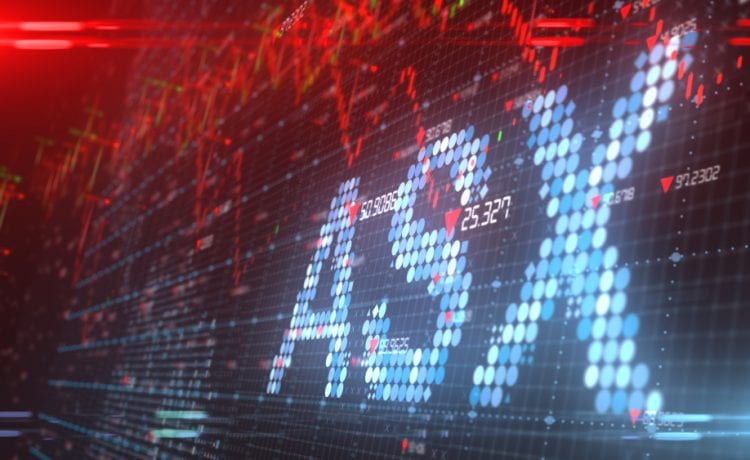 The ASX 200 finished Wednesday down 1.9 per cent, down from 1.5 per cent earlier in trade

The Australian share market has dropped sharply on a broad-based sell-off, with payment provider EML taking a huge hit after an overseas regulator raised concerns about suspicious transactions.

That was down from 1.5 per cent earlier in trade but better than when it hit 2.1 per cent down in the mid-afternoon.

The market had closed up 0.6 per cent yesterday.

The mining and energy sectors led the declines, but the sell-off was broad-based, with 161 of the top 200 companies closing the day in the red.

Origin Energy closed the day 4.8 per cent lower and AGL shed 3.9 per cent.

The major banks were offering no support to the market, with CBA leading the declines with 2.5 per cent off.

The rare strong performers included AI and robotics company Appen, which closed the day 17.4 per cent higher after announcing a restructure.

EML Payments took a huge hit immediately after the market opened. That is after revelations this week that a regulator overseas has concerns about the payment platform being used for suspicious transactions.

The Central Bank of Ireland is raising concerns about its Irish subsidiary.

EML went into a trading halt on Monday pending the regulator’s announcement. It is now trading again and finished the day more than 45 per cent down on open. That takes its stock to $2.80.

But the bank’s analysts were cautious that this should be put into perspective.

It is still the second highest point for the index since April 2010 and does follow an 11% rise in the Index over the previous three months, chief economist Bill Evans said.

The budget was announced halfway through May.

Westpac said a fall in sentiment during a big spending COVID budget that outlaid 4.1 per cent of GDP was perhaps surprising.

Please remember that investments of any type may rise or fall and past performance does not guarantee future performance in respect of income or capital growth; you may not get back the amount you invested.
Richard StanleyMay 19, 2021