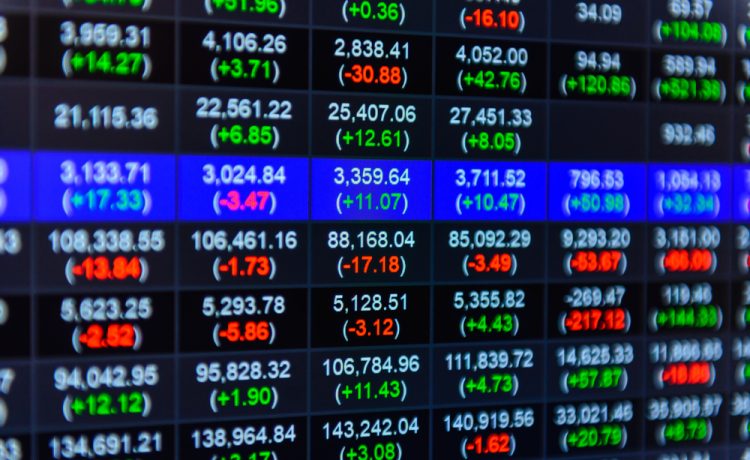 The Australian share market lost $67 billion in the opening half hour of trade as interest rate rise fears and China’s lockdowns caused an initial 2.5 per cent plunge.

The benchmark S&P/ASX200 slumped after Wall Street continued to plummet.

But it still caused a $67 billion plunge in the value of Australian shares in the top 200 companies by 10.30 on Tuesday morning, just half an hour after the market opened.

All 11 sectors of the Australian share market were weaker, with the losses moderating by the early afternoon as worries about more lockdowns in China weighed on mining stocks.

CommSec market analyst Steven Daghlian said share markets had reacted badly to the US Federal Reserve last week raising a key interest rate by a half a percentage point – the biggest increase in 22 years.

It’s contributed to it. Markets more broadly are just getting used to that idea that rates have already increased and they’re going to probably continue to do so, he told Daily Mail Australia.

For a while we’ve been talking about higher rates and now it’s at the point rates are actually rising, he said.

The US rate rise came just days after the Reserve Bank of Australia raised the cash rate by 0.25 percentage points, marking the first increase since November 2010 and ending the era of the record-low 0.1 per cent cash rate.

The Australian Securities Exchange losses moderated in the early afternoon, with the market 1.27 per cent weaker shortly before 2pm, Sydney time, at 7,030.6 points.

The spot price of iron ore has fallen by 5.88 per cent to $128 a tonne, as China’s lockdowns in Shanghai and possible restrictions in Beijing weigh on commodity prices.

The mining and energy companies in particular are falling quite heavily – that’s a reflection of commodity prices which have been falling and concern there are still tight restrictions in Beijing and Shanghai, Daghlian said.

Please remember that investments of any type may rise or fall and past performance does not guarantee future performance in respect of income or capital growth; you may not get back the amount you invested.
Richard StanleyMay 10, 2022