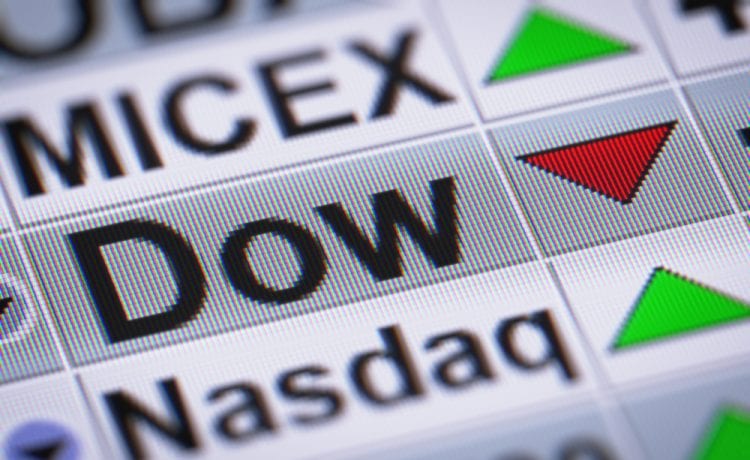 The Dow closed lower after easing from record intraday highs Monday as investors weighed up the risk of further restrictions in the U.S. against optimism over the Pfizer-BioNTech vaccine rollout and renewed efforts on Capitol Hill to reach a stimulus deal.

Mayor Bill de Blasio said New Yorkers should “prepare for the possibility for a full shutdown” after Gov. Andrew Cuomo over the weekend warned that the city could enter a full shutdown within a month.

The U.S. has reported about 16 million total coronavirus cases, with rising deaths in recent days taking the tally above 300,000.  Fears other parts of the U.S. could be set for further restrictions in the coming weeks offset fresh hopes for a stimulus deal.

U.S. lawmakers have proposed to split the $908 billion stimulus bill into two parts: a $748 billion proposal that has bipartisan support including aid for vaccine distribution and unemployed benefits, and the other, a $160 billion bill for state and local support and temporary Covid-19 liability protection.

The proposed new path toward getting a stimulus deal over the line stoked investor expectations that lawmakers would be able to deliver some form of stimulus before the Congressional holiday recess on Friday.

Efforts in the ongoing battle against the pandemic received a major boost on Monday as the U.S. began rolling out the Pfizer-Biotech vaccine after the FDA granted on Friday granted emergency authorization.

Nearly three million doses of the shot have reportedly been transported across the country with a goal of vaccinating more than 100 million people by the end of March but the expected timeline assumes zero hiccups in terms of production and manufacturing, Stifel Economics said.

Sectors of the market set to benefit from the rollout of a vaccine that could speed up the reopening of the economy traded mostly in the red, led by energy.

The Organization of the Petroleum Exporting Countries on Monday cut its forecast for 2021 growth in oil demand to 5.9 million barrels a day, down 350,000 barrels a day from a prior forecast.