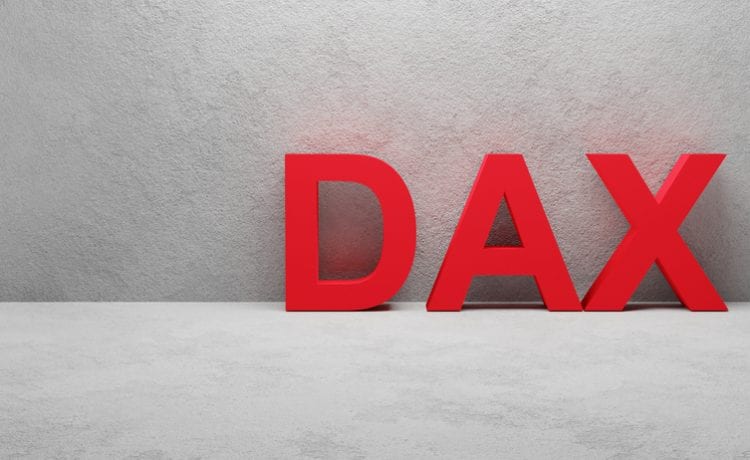 The STOXX 600 gained 0.40% to 426.59, with lenders’ shares driving the rise as government bond yields continued to edge upwards

Germany’s DAX hit a record high on Thursday as European shares advanced broadly on the back of a US Federal Reserve pledge to keep interest rates low.

Jerome Powell, the head of the Fed, announced the US economy is predicted to grow at a faster rate than initially thought in 2021 but at the same time, rates are likely to stay near zero through 2023 – this acted as a green light for the bulls, said CMC Markets UK analyst David Madden.

Bond yields have increased today but it hasn’t spooked equity markets, he said.

The pan-European STOXX 600 gained 0.40% to 426.59, with lenders’ shares driving the rise as government bond yields continued to edge upwards.

By the end of trading, the yield on the benchmark 10-year Bund was three basis points higher at -0.26%, moving past its year-end 2019 closing level.

The UK’s FTSE 100 meanwhile edged up 0.25% after the Bank of England (BoE) signalled that it expected higher near-term inflation to prove temporary.

US Treasury 10-year yields were continuing to move higher as well, jumping by eight basis points to 1.73%.

The US central bank lifted its growth forecast for 2021 but at the same time it said it is in no rush to hike rates. The Fed made it clear that even though the economy is rebounding nicely, it is still a long way off from achieving its economic targets, said Madden.

National Grid shares meanwhile dropped after the company agreed to buy Western Power Distribution from PPL Corp of the US for £7.8bn and to sell Narragansett Electric to PPL for $3.8bn (£2.7bn) to shift its business towards electricity.

Shares in National Express tumbled after the transport operator swung to a loss in 2020 as it took a hit from the pandemic.

Ocado stock was in the red after the online supermarket said it expects positive revenue growth in Q2 after reporting a 40% increase in revenue for the 13 weeks to the end of February as more Britons had their groceries delivered during the current national lockdown.