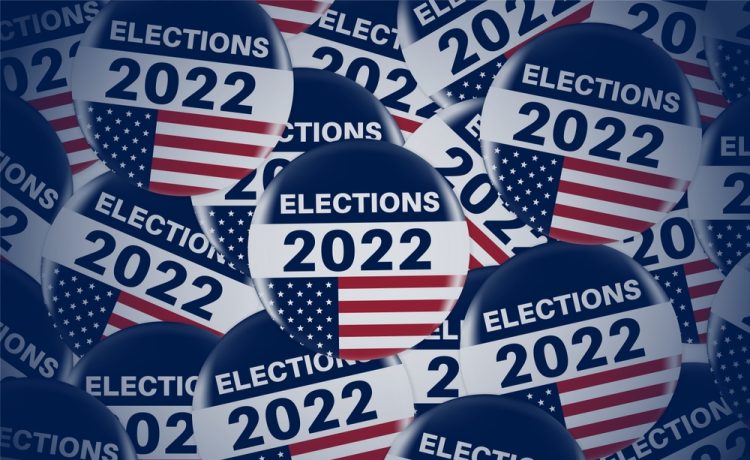 European stock markets ended cautiously lower on Wednesday after losses in Asia on the back of weak Chinese data, and as investors kept a close eye on the results from a tightly-contested US midterm election.

Early indications suggested the Republicans looked set to take control of the House of Representatives, while the Senate results were a toss-up with many of the most competitive races uncalled.

A split government, with a Democrat in power, has historically been favourable for markets as it paves the way for partisan standoffs on contentious policy changes such as the federal debt limit, which could usher in worries of a US default.

The pound continued to climb on reports that the UK and EU were near a breakthrough about trade rules around the Northern Ireland border.

It came as the US dollar had a disappointing day on Tuesday on the back of a slide in yields, prompting speculation that there might have been a short-term top, given the index has struggled to match the highs in September.

Investors will now be awaiting US inflation data and completed mid-term election results.

With most of the market attention on the US mid-terms yesterday’s market action can only be characterised as bitty. There was no real catalyst for any of the moves we saw yesterday, with some of the moves technical in nature, Michael Hewson of CMC Markets said.

Susannah Streeter, senior investment and markets analyst at Hargreaves Lansdown, said: America has decided and, as the electorate awaits the final outcome, it looks increasingly likely that Republicans will gain control of the House of Representatives, which could cause political gridlock in this vast country.

She said: With key Senate races still super-close there is a chance the legislative arm could also swing red, while the Executive branch remains blue, which is likely to stymie any major new laws, which may be welcomed by financial markets.

Please remember that investments of any type may rise or fall and past performance does not guarantee future performance in respect of income or capital growth; you may not get back the amount you invested.
Richard StanleyNovember 10, 2022