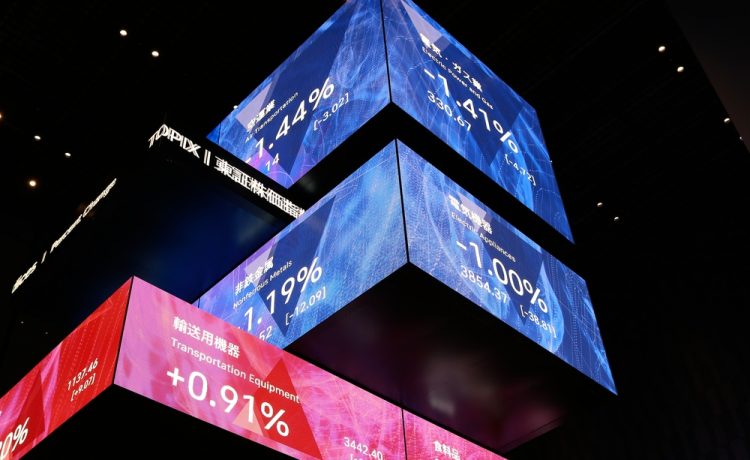 Decliners were led by mining, rubber product and bank issues.

The U.S. dollar rose to the lower 115 yen range from the upper 114 yen level as the Japanese currency, seen as a safe-haven asset, was sold following a report that U.S. Secretary of State Antony Blinken has agreed to meet with his Russian counterpart Sergey Lavrov next week over the situation in Ukraine.

The Nikkei briefly fell below the 27,000 mark, led by declines in heavyweight technology issues after U.S. President Joe Biden said Thursday he sees a ‘very high’ risk of a Russian invasion of Ukraine within the ‘next several days’ as tensions continue to simmer over Russia’s massive buildup of troops near its neighbouring country.

But the index trimmed losses toward the end of the morning session as fears over an imminent invasion of Ukraine eased somewhat following the report on the meeting between Blinken and Lavrov.

Major stock markets around the world have been hit by fears over a potential Russian invasion and its impact on the global economy, with the U.S. Dow Jones index plunging 622.24 points Thursday, its largest daily drop so far this year.