Vodafone shares dropped due to lockdown 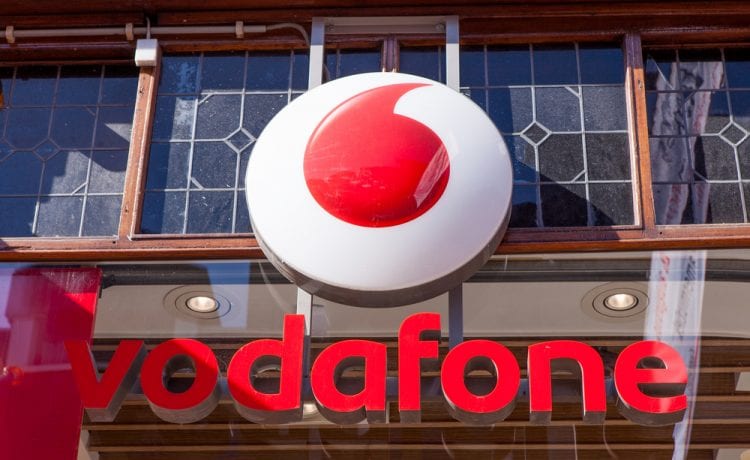 A sharp drop in the number of people travelling during lockdowns hampered the amount of cash Vodafone raked in from roaming charges last year.

The group saw total revenue decline 2.6 per cent to €43.8billion amid lower handset sales, less cash coming in via roaming fees, the sale of its New Zealand arm and ‘adverse’ foreign exchange movements.

The telecoms giant posted an annual profit of €536million, or nearly £460million, against a loss of €455million the year before. It said its operating profit had increased by 24.3 per cent to €5.1billion.

Vodafone said it would dish out a final dividend of 4.5 cents to shareholders, taking full year payouts to 9 cents, in line with 2020’s scheme.

The mobile giant said it had delivered a resilient performance in a year that had shown the value of connectivity.

Chief Executive Nick Read said the group ended the year with accelerating service revenue growth across its business, with a particularly good performance in its largest market, Germany.

He said: The increased demand for our services supports our ambition to grow revenues and cash flow over the medium-term.

The company’s mobile customer base across Europe rose by 2 per cent to 65.4million over the period, with contract churn, or the rate at which it is losing customers, easing from 14.6 per cent to 13.7 per cent.

Its debt pile declined from €42billion to €40.5billion in the year to March.

The group’s free cash flow dropped 11.9 per cent to €5billion, just about meeting its target, after it bolstered investment in its network during the pandemic.

Read has focused Vodafone on markets in Europe and Africa and spun off its mobile towers infrastructure into a separate business that it listed in Frankfurt in March.

He said the next phase of his strategy would focus on driving shareholder returns through deleveraging, improving the return on capital, and committing to its dividend.

Analysts had expected Vodafone to report EBITDA of €14.54billion, according to a company-compiled consensus.

Vodafone said it expected EBITDA for the current year to rise to between €15 and €15.4billion, with adjusted free cash flow of at least €5.2billion.

Richard Hunter, head of markets at Interactive Investor, said: There is certainly much to do for Vodafone, particularly in a notoriously competitive sector which can often simply come down to price in the mind of the consumer.

The pandemic has had its own effect on revenues also, with an inevitable decline in visitor and roaming revenues, while handset sales have also suffered, he said.

For the income-seeking investor, a dividend yield of around 5.7% remains punchy and is clearly an affordable and desirable part of Vodafone’s strategy, which should keep it ringfenced from other drains on capital. The dividend has long been an attraction of the stock and has partially mitigated a tepid share price performance over recent years, Hunter said.