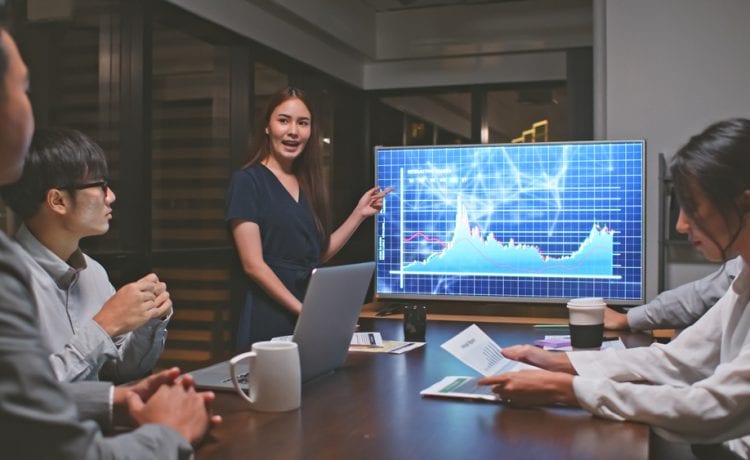 Shares in Asia were subdued on Wednesday with investors wary of any hint of hawkishness from the Fed.

Chinese retail sales and industrial production data offered another reason for caution, amid expectations of some modest slowdown in annual growth.

In the oil market, prices hit their highest levels since April 2019 on the back of a post-pandemic demand and restricted production.

Japan’s Nikkei eased 0.2 per cent, but stocks in South Korea added 0.6 per cent to reach a record high after five months.

In the US, both S&P 500 futures and Nasdaq futures were all but unchanged.

In Europe, Eurostoxx 50 futures gained 0.1 per cent and FTSE futures added 0.3 per cent.

Trading could be choppy around Fed’s two-day meeting later in the session as forecasts from Fed members might seem hawkish, while the news conference from Fed Chair Jerome Powell has tended to sound dovish.

We think Chair Powell will indicate officials discussed talking about tapering, but tapering itself is still someway off given the Fed remains well short on making substantial progress on employment with payrolls still 7.3 million below pre-pandemic levels, said NAB economics director Tapas Strickland.

Key will be Fed members’ projections, or dot plots, for interest rates and whether more now tip a hike in 2023.Previously only 7 out of 18 had seen such a move.

Inflation projections could be revised higher for this year and next as the last two readings on consumer prices were higher.

According to Boa’s latest survey of fund managers, most are hopeful on the outlook, with nearly 72 per cent saying inflation was transitory, while only 23 per cent saw it as permanent.

Investors are bullishly positioned for permanent growth, transitory inflation and a peaceful Fed taper via longs in commodities, cyclicals and financials, said BofA, suggesting the market was vulnerable to any hint of hawkishness from the Fed.

In the currency market, the dollar was generally restrained amid the Fed’s dovishness, though it did eke out a one-month top overnight against a basket of currencies. The dollar index was last at90.519.

Please remember that investments of any type may rise or fall and past performance does not guarantee future performance in respect of income or capital growth; you may not get back the amount you invested.
Richard StanleyJune 16, 2021