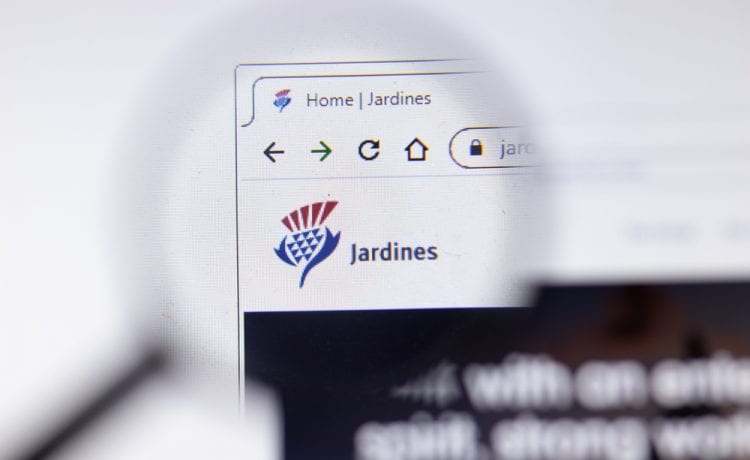 Shares in Jardine Strategic Holdings rose 37 per cent, the most on record

Shares linked to Jardine Matheson Holdings, Singapore’s biggest company by market value, rallied on Monday after the company said it will delist the group’s next largest unit in a US$5.5 billion (S$7.4 billion) buyout deal to simplify its structure.

Jardine Matheson, whose businesses range from automobiles to hotels, advanced as much as 8.4 per cent after it said in a filing before trading opened on Monday that it will acquire shares that it doesn’t already own in Jardine Strategic Holdings for US$33 in cash per share. Shares in Jardine Strategic Holdings gained as much as 37 per cent, the most on record. The stock was the top gainer in the MSCI Asia Pacific Index.

The group’s other units in the Straits Times Index also gained. Jardine Cycle & Carriage advanced as much as 2.3 per cent and Hong Kong Land Holdings added as much as 1.4 per cent. Dairy Farm International Holdings gained as much as 3.2 per cent.

The deal marks a significant effort to untangle the structure of an almost two-century old company, one of Hong Kong’s last remaining British trading houses. Jardine moved its Hong Kong listing to Singapore in 1994, three years before Britain returned the city to China.

On completion, Jardine Matheson will become the single holding company for its subsidiaries, a move the group said will result in a “conventional ownership structure and a further increase in the group’s operational efficiency and financial flexibility.” The deal is expected to become effective by the end of April.

The origins of the current structure, in the form of cross-holdings in dual holding companies and majority interests in listed subsidiaries, lie in a series of restructurings in the 1980s, the company said.

The simplification of our ownership structure is a natural step in the evolution of the group and will create value for our shareholders, Ben Keswick, executive chairman of Jardine Matheson, said in the statement.

Taking full ownership of Jardine Strategic is consistent with our policy of investing further in the growth prospects of our existing businesses and highlights the benefits of consistently maintaining the group’s financial strength, Matheson said.

Jardine Strategic was also one of the most actively traded by value as at 10.55m on Monday, up 19.5 per cent or US$5.36 to US$32.81, as nearly 1.1 million shares changed hands. A Singapore Exchange circuit breaker was also triggered during early morning trade.

Jardine Matheson said the acquisition is expected to become effective by the end of April 2021.

It intends to cancel the 59 per cent shareholding in Jardine Matheson held by Jardine Strategic through a reduction of capital at Jardine Matheson’s annual general meeting in 2022.

Both Jardine Matheson and Jardine Strategic will be announcing their FY2020 preliminary results on March 11. Jardine Matheson said it expects results “to be in line with market expectations, with full-year underlying net profit of US$1,085 million and underlying earnings per share of US$2.95”.

Please remember that investments of any type may rise or fall and past performance does not guarantee future performance in respect of income or capital growth; you may not get back the amount you invested.
Richard StanleyMarch 8, 2021