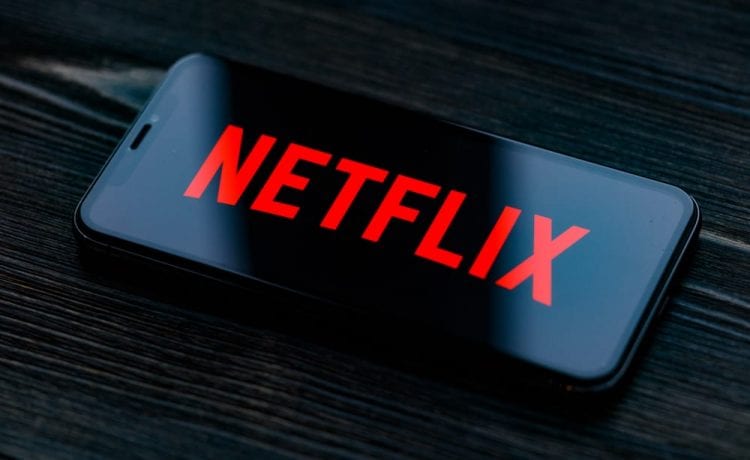 The Netflix share price has soared by almost 13.5% in early trading on Wall Street this morning after the television and video streaming service reported strong last quarter figures that took its total paying subscriber numbers past 200 million. The U.S. tech giant, a member of the unofficial FAANG (Facebook, Apple, Amazon, Netflix, Google) group of big tech has benefitted from the lockdown restrictions in place across the globe since the start of the Covid-19 pandemic. 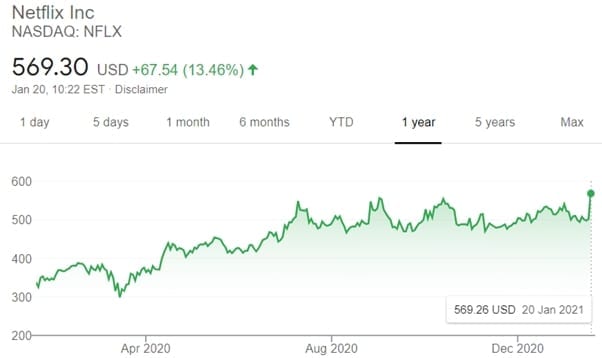 As well as the pandemic forcing people to stay home, increasing demand for digital entertainment, the success of its exclusive shows like The Crown and recently debuted and “immensely popular” period drama Bridgerton, have helped attract new subscribers.

Netflix originally started life in 1997 as a DVD postal service. Its now one of the world’s largest technology or ‘internet’ companies, and is worth over $200 billion. While the streaming sector is becoming increasingly crowded, with new competitors like Disney, Apple and Comcast launching rival products, Netflix is still the market leader by some distance.

A rush of new subscribers over the first half of last year as hundreds of millions were kept at home due to pandemic restrictions looked to have simply pulled growth rates forward after just 2.2 million new subscribers were added in the third quarter. That was below both the company’s own forward guidance, and some way short of what analysts had anticipated. However, Netflix has bounced back with a strong fourth quarter, suggesting the ‘pull-forward’ effect may have been less pronounced than feared a few months ago.

An effort to reduce its reliance on paying for the rights of third-party television shows and films, many of which it is anyway losing as deals expire and rights holders set up their own streaming products, has seen Netflix invest heavily into original content in recent years.

The company was yesterday keen to impress that the new competition from rivals including Disney, Discovery and Warner Media comes as no surprise and been anticipated for “for many years”. It’s why, said Netflix, it has invested so heavily in building up its catalogue of exclusive shows and movies so quickly.

The end result, said the company is that “it’s a great time to be a consumer of entertainment”.

Billions of dollars have been borrowed to create that original content but Netflix informed investors it believes it has now past the stage it needs to raise debt, stating:

“We believe we are very close to being sustainably [free cash flow] positive.”

That comment also hints at Netflix potentially nearing the point it might launch its first stock buyback programme in a decade. However, the spending on new content will not slow down. The company has committed to releasing at least one new film every week of this year.