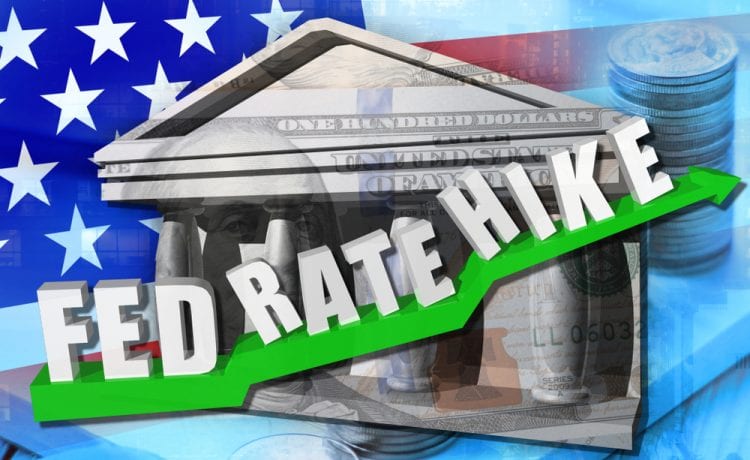 UK markets are expected to follow the trend seen in Asia, with the FTSE 100 being called down 30 points at 7160 in pre-market trading

UK’s FTSE 100 was set to fall today as the US Federal Reserve projected interest rate hikes sooner than expected, in 2023.

Shares in the US saw steep declines last night before clawing back some of their losses.

Asia followed suit this morning, and UK markets are expected to follow the trend, where the FTSE 100 was being called down 30 points at 7160 in pre-market trading.

In March, most Federal Reserve officials had predicted rates would stay at their current levels until at least 2024 but last night said the consensus had now shifted forward thanks to their growing belief in the economic recovery. They now expect at least two interest rate rises in 2023.

While the Fed’s belief in the strong recovery should be good news for the economy and corporate profits generally, investors may pull some of their funds out of stock markets and into less risky assets as interest rates rise.

HSBC shares fell in Hong Kong trade and that trend could continue in London when markets open. The impact on banks of a higher interest rate world should be better in the long run though, even if it does herald some switch out of equities by their shareholders.

Jefferies stockbrokers has been more bullish than many about the prospects for European banks, particularly Barclays. That view has brought it some criticism after relatively downbeat recent comments from JPMorgan, Morgan Stanley and Citi about their revenues from trading in the second quarter.

The same months a year ago were blockbusters due to the volatility caused by the early months of the Covid pandemic, and Wall Street banks could have seen trading revenues down around 38% year-on-year.

However, Jefferies is keeping the faith, saying UK and European banks with big investment arms will have fared better – primarily because they didn’t enjoy as much of a boom last year as their Wall Street counterparts.

Revenues from markets will, Jefferies predicts, still be better than in 2019 because clients have still been pumping out new share issues through IPOs and debt issues at a rapid clip, while merger and acquisition activity also remains strong. All such activity is good for banks’ trading arms as they support clients through the process.

Barclays in particular has avoided some of the problems in prime brokerage work that hit some US rivals earlier in the second quarter, Jefferies noted.

In general, it said Barclays and French banks exposed to capital markets were a “conviction BUY”.

Private equity giant 3i was also drawing positive reviews from brokers this morning as they digested an open day it held earlier in the week. Numis pointed out that 3i’s stellar investment, the budget European retailer Action, had continued to trade strongly in recent weeks and the scope for new store openings remained strong.

3i is years away from selling out of the investment, meaning shareholders will be benefiting from Action’s continued strong growth story, Numis said.

However, with 3i’s shares gaining recently, while Numis kept its price target at 1360p, it slightly downgraded its advice to clients from “Buy” to “Add”.

Please remember that investments of any type may rise or fall and past performance does not guarantee future performance in respect of income or capital growth; you may not get back the amount you invested.
Richard StanleyJune 17, 2021