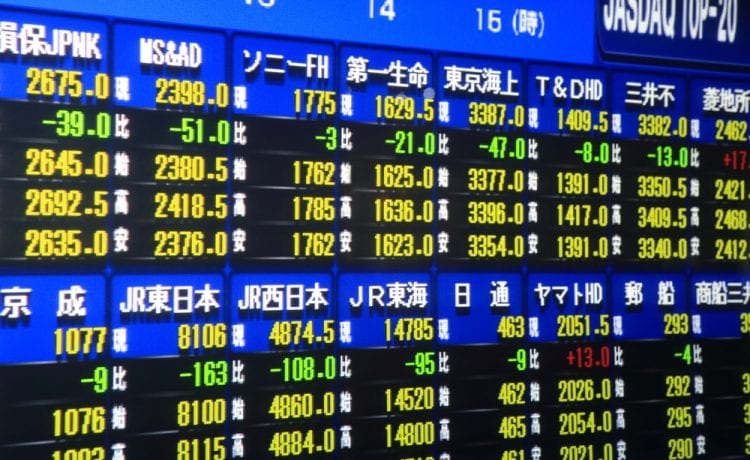 Japan’s Nikkei fell 3.6%, dropping below 28,000 for the first time in a month, while MSCI’s broadest index of Asia-Pacific shares outside Japan shed 1.4%, and Chinese blue chips fell 0.7%

Japan’s Nikkei fell 3.6%, dropping below 28,000 for the first time in a month, while MSCI’s broadest index of Asia-Pacific shares outside Japan shed 1.4%. Chinese blue chips declined 0.7%.

The yield curve – measured by the spread between two- and 30-year yields – was the flattest since late January as investors brought forward rate hike expectations while lowering the longer-term outlook for growth and inflation.

The U.S. dollar hovered near the 10-week high touched on Friday versus major peers, following its biggest weekly advance in more than a year.

The Fed’s pivot to begin the tightening discussion caught most by surprise, but markets began discounting this inevitable process months ago in our view, Morgan Stanley analysts wrote in a report.

It’s exactly what the mid-cycle transition is all about, and fits nicely with our narrative for choppier equity markets and a 10-20% correction for the broader indices this year, they wrote.

The MSCI world equity index, which tracks shares in 45 nations, extended its retreat from a record intraday high reached Tuesday, shedding another 0.3% on Monday.

In Europe news, European Central Bank (ECB) President Christine Lagarde is due to speak before the European Parliament on Monday.

Commodity-linked currencies also took a beating, with the Australian dollar hovering near a six-month low at $0.7492.

Please remember that investments of any type may rise or fall and past performance does not guarantee future performance in respect of income or capital growth; you may not get back the amount you invested.
Richard StanleyJune 21, 2021