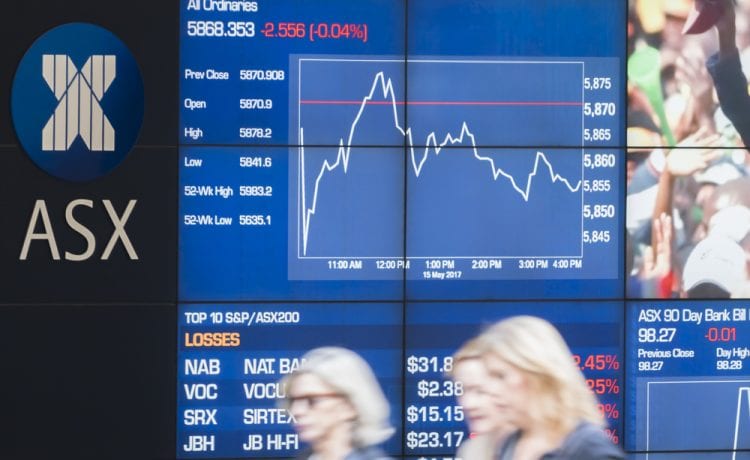 The Australian share market rose for the third straight day on Wednesday, with heavyweights CSL and Commonwealth Bank among the winners.

CommSec analyst Steve Daghlian said the local bourse had a slow start but bounced back then faded in the afternoon.

Our market is showing great resilience and is on track to make new all-time highs in the not-too-distant future, Mr Tchourilov said. Looking back to where we were a year ago, you couldn’t have imagined our market would be where it is now.

COVID presented one of the best buying opportunities in over a decade – and with the level of global stimulus still being pumped into the system, the market has every chance of continuing on its upward trajectory for some time to come, he said. Buying the dips this year should reward investors as long as they’re picking good quality companies.

Mr Daghlian said a handful of stocks made a big difference, including CSL, which received a broker upgrade.

The biotech giant advanced 2.38 per cent to $277.66 despite chief operating officer Paul McKenzie detailing the negative impact COVID-19 had had on plasma collections at the Macquarie Australia Conference.

Another market mover was the Commonwealth Bank, which gained 2.5 per cent to $92.72.

Mr Tchourilov said CBA shares were higher than before the pandemic struck and were closing in on all-time highs. That’s a 75 per cent rally since the March 2020 low, which is massive for the country’s largest listed entity.

Mr Tchourilov said the 70 cent dividend ANZ declared far exceeded expectations and the bank was the most traded stock among OpenMarkets clients on Wednesday.

Westpac eased 0.12 per cent to $25.96 after the Australian Securities and Investments Commission lodged Federal Court proceedings against the bank for alleged insider trading dating back to 2016.

The accusations relate to a $12bn interest rate swap transaction with a consortium involving AustralianSuper and other companies, associated with the NSW government’s privatisation of a majority stake in electricity provider Ausgrid.

Please remember that investments of any type may rise or fall and past performance does not guarantee future performance in respect of income or capital growth; you may not get back the amount you invested.
Richard StanleyMay 5, 2021