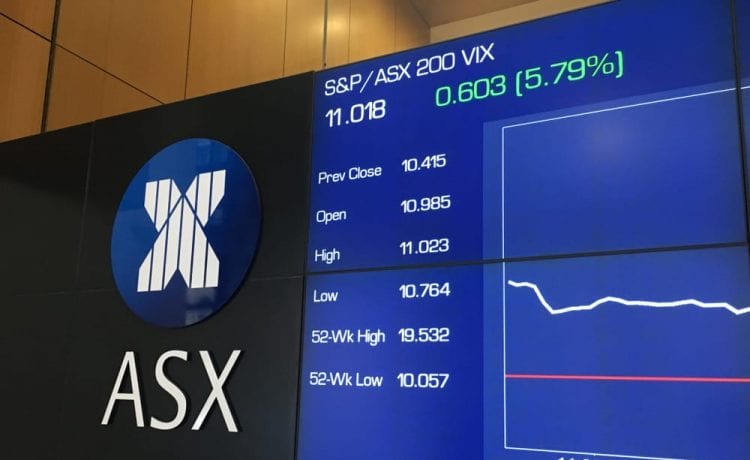 Shares on the Australian market have eased from post-pandemic heights, and the banks and miners are lower.

Financial shares and health shares were down nearly half a per cent.

Shares in materials were lower by 0.37 per cent despite iron ore prices being on the cusp of 10-year highs, according to Westpac. Iron ore was trading at $US175.5 per tonne.

The top sector was property, which advanced 0.1 per cent.

The downbeat mood comes after US markets closed lower.

Investors waited for guidance from first-quarter earnings to justify high valuations, while Tesla shares dropped after a fatal car crash. The stock was the biggest drag on the S&P 500 and Nasdaq Composite Index.

In Australia, consumer confidence has barely changed as the potential benefits from a further drop in the unemployment rate were offset set by concern over the COVID-19 vaccine rollout.

The weekly ANZ-Roy Morgan index eased just 0.1 per cent after a lofty 5.9 per cent rise in the previous week, remaining above its long-run average.

On the ASX, Rio Tinto’s iron ore production in the West Australia Pilbara has dropped after wet weather and labour shortages impacted output.

But the two per cent drop in Q1 to 76.4 million tonnes, from the same period last year, won’t impact the resources giant’s optimistic full-year outlook. Iron ore shipments in the March quarter increased seven per cent 77.8 million tonnes. Shares were down 0.17 per cent to $120.64.

Afterpay has confirmed it is closer to listing on a US stock market after North America overtook Australia and New Zealand as the biggest region for sales. The buy now, pay later (BNPL) provider published sales figures which showed people in Canada and the US spent $2.6 billion using the service in the three months to March 31.

Investment manager Challenger slumped 14 per cent to $5.67 after it said full-year profit was expected to be at the bottom of its target range. The company has been hit by movements in bond markets. It forecast net profit before tax to be at the bottom part of a range of $390 million to $440 million.

In banking, the big four and Macquarie were all lower by less than one per cent.