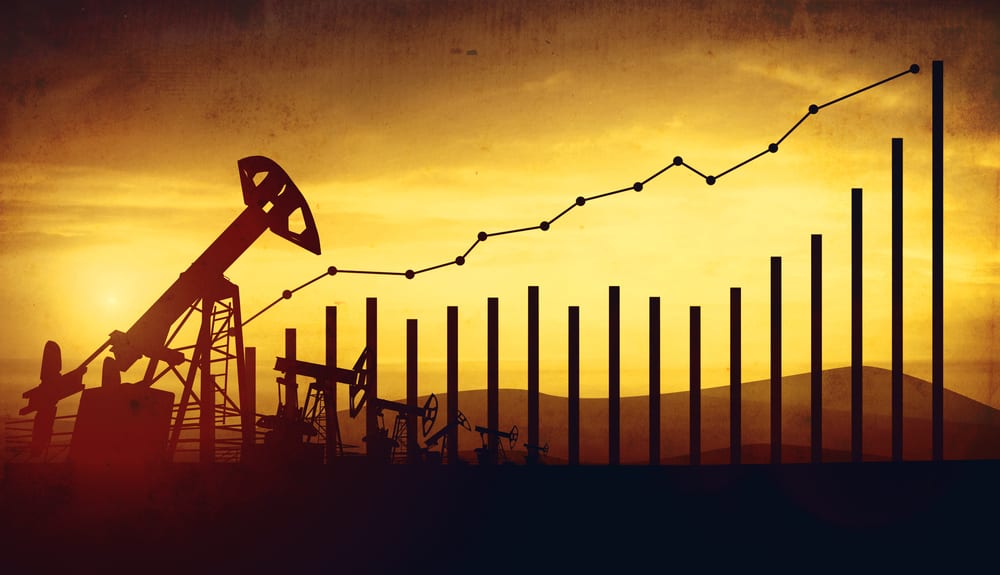 NYMEX crude oil plunged by 8% on Monday, despite a bullish day on Wall Street as the Dow Jones Industrial Average rose more than 1,600 points

NYMEX crude oil plunged by 8% on Monday, despite a bullish day on Wall Street as the Dow Jones Industrial Average jumped by nearly the same percentage and rose more than 1,600 points.

Oil prices fell following last week’s optimism about a burgeoning OPEC+ deal on cutting production evaporated after meetings were delayed and President Donald Trump wouldn’t commit the US to joining any worldwide deal to reduce output.

The collapse in oil demand from the COVID-19 outbreak has brought Saudi Arabia and Russia back to the negotiating table after they blew up the OPEC+ group in early March and launched an oil pricing war. But they still want the US and other countries, such as Canada and Norway, to get involved, adding more moving parts and uncertainty surrounding any potential deal.

Stock markets rose Monday partly on evidence the coronavirus is finally peaking in much of Europe, including the hard-hit nations of Italy and Spain. However, the British pound plunged Monday as Prime Minister Boris Johnson was moved to an intensive care unit because of COVID-19.

Still, a window for optimism on a crude oil deal remains.

An OPEC+ meeting was pushed back to Thursday from Monday, but is still moving forward, for now. And an emergency meeting of the G20 energy ministers is tentatively slated for Friday for other countries to discuss how much they might be willing to scale back crude production.

Energy analysts on Monday said traders were too hopeful last week that an OPEC+ deal with the US and other nations was coming together. And a global deal to cut at least 10 million b/d of crude production would still fall well short of demand falling by more than 20 million b/d for now.

Even if the US, Canada, Norway and others signal they will cut production alongside OPEC+, it is unlikely that they can make up for all the demand devastation that remains firmly in place, said Edward Moya, senior market analyst with OANDA, in a note. Global storage tanks will continue to get filled and, once storage capacity is reached, oil prices could enter freefall.

Production cuts will have to happen with or without a deal, he added.

Maybe the biggest remaining question is whether any production cut deal can be made without a firm commitment from the US to join. US crude production is bound to fall regardless, but the Saudis and Russians still want the US on board for some firmer numbers and at least the symbolic appearance.

Trump, on the other hand, has talked more about Saudi Arabia and Russia leading the way on a deal and even potential tariffs on foreign oil after he met Friday with several US energy executives, said Greg Priddy, global energy and Middle East director at Stratfor, a geopolitical intelligence firm, in an analyst note.

Trump is not willing to take on the big US oil companies, which made their opposition clear prior to the meeting with Trump last Friday, and the US lacks a nationwide legal framework for doing so, Priddy said. US participation in the G-20 ministerial meeting on Friday this week doesn’t mean much unless the Saudis and Russians are satisfied that the burden is being shared fairly. Anything less than a coordinated global cut is going to be disappointing to the market, as further price declines will be necessary to shut in enough output.

A formal US cut could potentially come from Texas, with the Texas Railroad Commission, which regulates the oil sector and has a meeting scheduled for April 14 to discuss mandatory production cuts in the state. But commissioners have said they would only consider such measures if they are part of a coordinated global effort, and even then there is a lot of dissension on the topic in the state and energy sector.

More than 25% of the world’s crude supplies have cash costs greater than $15/b, and that’s not counting the up-front capital costs, so barrels are going to come off the market deal or no deal, according to a Raymond James report Monday. But supplies are still expected to easily outpace demand for the time being.

In the US, more than 10% of the crude production comes from extremely low production wells, called stripper wells, which can come offline the easiest.