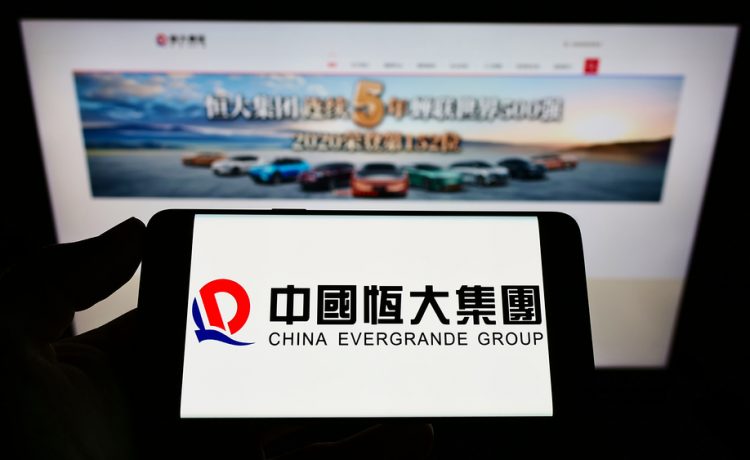 Its shares were sold-off again on Tuesday, dropping 7%, having slumped 10% in the previous day

Default fears continued to stalk China’s Evergrande Group on Tuesday despite efforts by its chairman to lift confidence in the embattled firm, as markets looked for possible intervention by Beijing to stem any ripple effects across the global economy.

Analysts played down the threat of Evergrande’s troubles becoming the country’s “Lehman moment,” though concerns about the spillover risks of a messy collapse of what was once China’s top property developer have roiled markets.

In an effort to revive battered confidence in the firm, Evergrande Chairman Hui Ka Yuan said in a letter to staff the company is confident it will walk out of its darkest moment and deliver property projects as pledged.

In the letter the chairman of the debt-laden property developer also said Evergrande will fulfil responsibilities to property buyers, investors, partners and financial institutions.

I firmly believe that with your concerted effort and hard work, Evergrande will walk out of its darkest moment, resume full-scale constructions as soon as possible, said Hui, without elaborating how the company could achieve these objectives.

However, investors in Evergrande remained on edge.

Its shares were sold-off again on Tuesday, dropping 7%, having slumped 10% in the previous day on concerns its $305 billion in debt could trigger widespread losses in China’s financial system in the event of a collapse.

Other property stocks such as the state-backed Greentown China on Tuesday recouped some of their hefty losses in the previous session.

Elsewhere in Asia, broad selling pressure persisted, as investors fled riskier assets on Evergrande spillover fears. Mainland China markets are closed for a holiday, while Hong Kong markets, where the firm is listed, will be shut on Wednesday.

A major test for Evergrande comes this week, with the firm due to pay $83.5 million in interest relating to its March 2022 bond on Thursday. It has another $47.5 million payment due on Sept. 29 for March 2024 notes.

Both bonds would default if Evergrande fails to settle the interest within 30 days of the scheduled payment dates.

I think Evergrande’s equity will be wiped out, the debt looks like it is in trouble and the Chinese government is going to break up this company, Andrew Left, founder of U.S.-based Citron Research and one of the world’s best known short-sellers, told Reuters.

But I don’t think that this is going to be the straw that breaks the global economy’s back, Left said.

Left in June 2012 published a report that said Evergrande, which has been scrambling to raise funds to pay its many lenders, suppliers and investors, was insolvent and had defrauded investors.

Please remember that investments of any type may rise or fall and past performance does not guarantee future performance in respect of income or capital growth; you may not get back the amount you invested.
Richard StanleySeptember 21, 2021