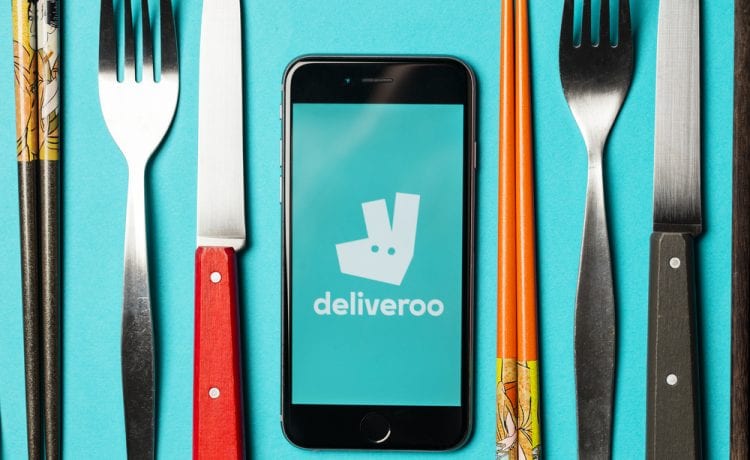 The company’s value has crashed from £7.6 billion at the IPO price to just over £5 billion

Deliveroo shares rallied 3% today on their first full trading day after last week’s spectacular collapse in what was dubbed the worst London stock market flotation ever.

Unconditional trading launched today, meaning the 70,000 Deliveroo customers who bought shares were able to sell their stakes if they wanted to, and outsiders were able to buy and sell as well.

In the event, the shares gained 9.9p to 289.9p. That was still way down on the 390p at which Deliveroo’s bankers at Goldman Sachs and JPMorgan priced the launch last week.

The company’s value has crashed from £7.6 billion at the IPO price to just over £5 billion today, making it worth a little more than it was valued at in January at its last refinancing round.

Bankers have said a number of hedge funds were shorting Deliveroo’s stock heavily last week, meaning they were betting the price would fall.

Some have said the Deliveroo IPO investors may have included a lot of so-called “event driven” hedge funds, which specialise in buying into huge numbers of situations such as flotations or takeovers in the hope that, usually, the price will rise.

As soon as the price begins to go against such funds, they will quickly cut and run, moving onto the next company’s event in the hope of a better result.

Traditional investors who take a longer term view, ranging from M&G and Aviva to Legal & General, had refused to buy into the Deliveroo story. That could have left the company’s bankers relying on more short term investors to subscribe to the shares on offer.

As the traditional funds came out in public to declare they would not be taking part, Deliveroo issued a statement approved by its lawyers, Freshfields, to say the float had enough support to be covered by investors at all levels up to £8.8 billion.

Please remember that investments of any type may rise or fall and past performance does not guarantee future performance in respect of income or capital growth; you may not get back the amount you invested.
Richard StanleyApril 7, 2021