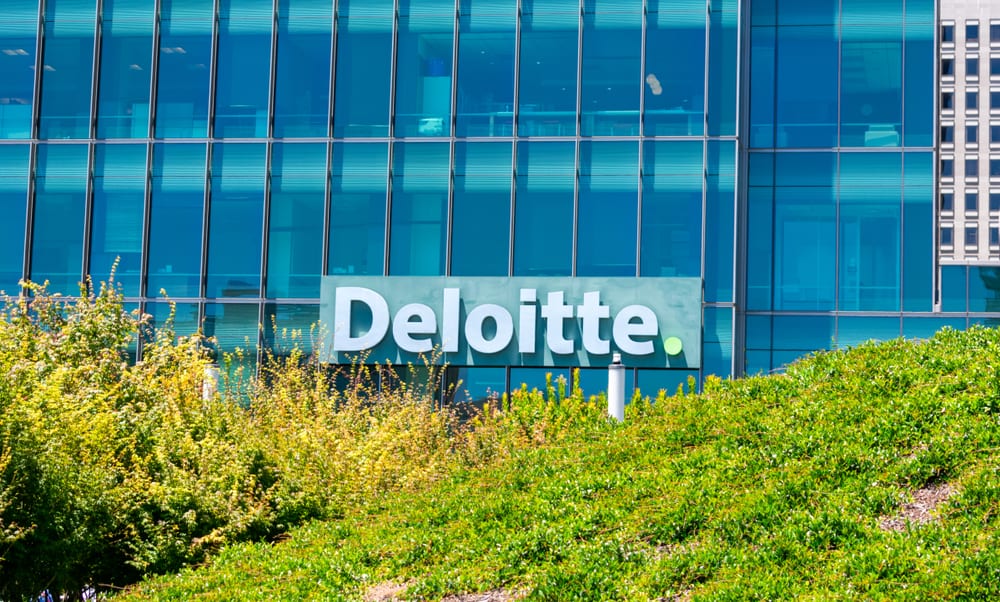 One of the Big Four professional services firm, Deloitte, has confirmed a case of Coronavirus in its London office, tells its staff at 1 New Street Square that they can work from home if they wish

A Big Four professional services firm has warned that one of its UK employees has tested positive for coronavirus. Deloitte has confirmed “deep cleaning” of the floor where the individual worked, while staff at 1 New Street Square have been told they can work from home if they wish.

Also known as CORVID-19, the Coronavirus outbreak of 2019-20 is an infectious disease, which causes those affected to develop a fever, dry cough, fatigue and shortness of breath. A sore throat, runny nose or sneezing is less common, while cases can progress to pneumonia and multi-organ failure in the most vulnerable.

The virus has spread too rapidly for the containment protocols of the 2003 SARS outbreak to have been effective – partially thanks to the increasingly globalised nature of modern business. This was exemplified by the case of Steve Walsh, a man linked to 11 British coronavirus cases. Described by the media as a “super-spreader”, the 53-year old (who has since recovered) picked up the virus during a business conference in Singapore, ahead of a ski holiday in the French Alps in late January. He was diagnosed four days after his return to the UK, with five cases linked to him in England, five in France and one in Majorca, Spain.

The consulting industry is one of the most travelled industries of all, with some studies suggesting the average Management Consultant spends up to 80% of their working life on the road. This positions the sector in a particularly difficult position – as it looks to retain profitability with international clients, while looking to avoid falling victim to the quickly spreading virus.

Illustrating this, Big Four member Deloitte is having to go to extreme measures to minimise the risk of infecting its workforce after one of its staff was confirmed as a carrier, following a holiday to Asia. After the news broke that Deloitte’s employee from its 1 New Street Square London office had contracted the virus, the firm has been “deep cleaning” the floor on which the individual worked. While Deloitte has not enforced an official quarantine, it has also told the building’s remaining staff that they can work from home if they wish.

Deloitte is the latest large employer in the UK to face problems over the outbreak of coronavirus, after US oil company Chevron sent home about 300 workers from its London office in late February. According to reports from The Financial Times, staff at Deloitte’s UK offices – where the firm employs about 20,000 people – were informed of the incident on Tuesday by an email from Chief Executive Officer Richard Houston. While he admitted finding the news “unsettling,” Houston reassured staff that Deloitte was working with Public Health England on its response.

Houston explained, “We’ve just received confirmation that a colleague . . . has tested positive for Covid-19. Following the diagnosis they are now in hospital and receiving good care.”

The news comes as the UK Government outlines its plans to try and minimise the impact of Coronavirus in Britain. While the number of confirmed cases in the UK is currently around 100, the most drastic predictions anticipate the outbreak could see one-fifth of the UK workforce hit by the illness in the coming months. In order to try and avert this, statutory sick pay will be available from the first day of illness under emergency legislation to tackle the coronavirus, with Prime Minister Boris Johnson stating “nobody should be penalised for doing the right thing” amid fears people could lose out financially if they self-isolate.

Justin Tomlinson, a Work and Pensions Minister, recently said the current advice for workers with no sick pay who suspect they have the disease was to claim universal credit – which can take up to five weeks to come through. The alternative would be employment and support allowance, which requires claimants to have two to three years of National Insurance contributions.

At present there have been just over 50 cases of the virus in the UK, however one worst-case scenario recently saw experts predict as much as one-fifth of the UK workforce could be infected by Corvid-19. Relating to the Government’s position on sick pay, trade unionists have sounded concern that this is more likely to come to pass unless something changes.

Sue Harris, GMB Legal Director, said, for workers, or the self-employed, making a claim for universal credit is laborious and lengthy. If the government is serious about containing the virus it has to take steps to make sure people are able to self-isolate without the added concern of how they will pay their bills.