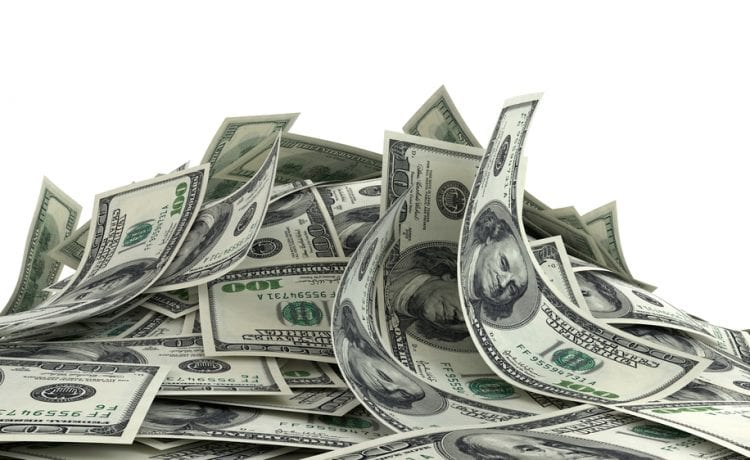 The U.S. dollar jumped and risk-sensitive currencies weakened on Wednesday as early results in the U.S. presidential election showed a very tight race, prompting a wind-back of bets on a victory by Democratic challenger Joe Biden.

President Donald Trump, who has so far trailed in polls, has maintained a slim lead in key battleground state of Florida, with the Chinese yuan and Mexican peso hit hardest by the spectre of four more years of his aggressive trade policy.

I think the odds of a clean sweep are diminishing, almost by the minute. That reduces the possibility, or the likelihood at least of a large stimulus program being agreed to in the first days of a Biden administration, said Matt Sherwood, head of investment strategy at Perpetual in Sydney.

The Mexican peso fell almost 4% at one point and last traded at 20.905 per dollar, down almost 3% while the offshore Chinese yuan fell 0.8% to 6.7362 to the dollar, hitting one-month low at one point.

Trump was narrowly leading Biden in Florida, while other competitive swing states that will help decide the election outcome, such as Georgia and North Carolina, remained up in the air.

That undercut expectations in markets this week that Biden will likely win the presidency and adopt a large stimulus to support the economy.

If Biden won Florida, he was almost certain to win the entire race but uncertainties seem high and we are seeing a correction in risk-on trades, said Yujiro Goto, head of FX strategy at Nomura Securities.

The dollar index measuring the greenback against a basket of currencies gained 0.7% to 94.202.

Investors were increasingly braced for the possibility that the election results may not become clear on Wednesday, with markets hedging against the risk of a contested election or a potentially drawn out process as mail in ballots were counted.

A contested election probably takes all of the SPX, Bond yields and the USD (at least versus majors) down meaningfully, said Alan Ruskin, chief international strategist at Deutsche Bank in New York.

Please remember that investments of any type may rise or fall and past performance does not guarantee future performance in respect of income or capital growth; you may not get back the amount you invested.
Richard StanleyNovember 4, 2020