Europe on verge of mass unemployment crisis amid pandemic 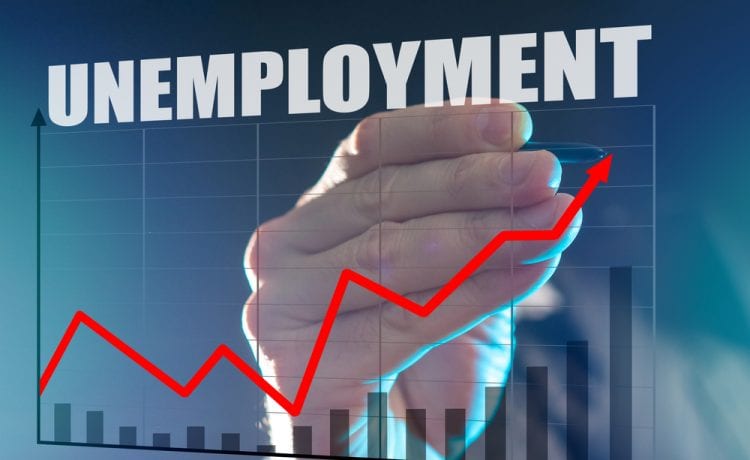 Most European governments agree with a recent assessment by the IMF, which has abandoned hope of a quick V-shaped recovery

Britain is not alone in Europe in standing on the precipice of mass unemployment. Thanks to government furlough schemes for workers and massive state subsidies for their companies, the full economic impact of the coronavirus pandemic has yet to be felt across Europe, say economists. But within weeks, they predict, that will change. The collapse of Intu is a foretaste.

Most European governments agree with a recent gloomy assessment by the International Monetary Fund, which has abandoned hope of a quick V-shaped recovery from the deepest global recession since the Great Depression of the 1930s. Many economists and governments expect a tsunami to hit. The Resolution Foundation, a London think tank, warned this week of “a second wave of unemployment later this year, following the phasing out of the job retention scheme” that “could leave Britain with the highest unemployment levels in a generation.”

Government projections suggest British unemployment will hit 10% this year. For the younger cohort of Britons it could go even higher — and with Britain’s departure from the European Union they will not have the option of an easy relocation to other European countries to try to find any available work.

The one bright spot in Britain and some other Western European countries is that households have improved their finances and boosted their savings while in lockdowns — thanks again to government-funded furlough schemes. In Britain, Bank of England figures show that households added more than 37 billion dollars to their bank accounts just during March and April alone. They will be in a better position than they were in 2008 for the global financial crash.

“This is not a typical economic crisis where incomes are hugely impaired,” Britain’s Chancellor of the Exchequer, Rishi Sunak, told Bloomberg Sunday. “Because of the furlough scheme protecting incomes, and because we’ve essentially stopped people from going out, we’ve shut down large elements of discretionary consumer spending.”

Even so, many British households are under financial strain and struggling to make ends meet, according to London’s Institute of Fiscal Studies, which says going numbers are falling behind on mortgage and rent payments.

Now with the lockdown lifted, the British government, along with its counterparts in Europe, is encouraging consumer spending — in some cases saying it is a patriotic act. Some economists say spending could well be constrained after an initial enthusiastic wave because people will be rightly nervous of what is coming and doubtful about the security of their jobs.

Opinion polls across Europe have shown large numbers of workers fear that they will not keep their jobs this year. A survey in Britain by the pollster Survation found one in five workers expects to be laid off.

Across Europe more than 40 million jobs have been kept alive by furlough schemes with governments paying companies to pay locked-down workers. In some countries governments have been paying as much as 80% of average wages.

German officials say they are confident the furlough schemes will have saved jobs not just in the short-term but in the longer term, too. Their scheme known as Kurzarbeit, or short-time work, is credited with preventing mass layoffs in Germany following the 2008 financial crisis. Companies were able to ramp up production quickly and consumers were able to buy.

Germany, the economic engine of Europe, is expected to come out of the pandemic in better shape than its neighbours. Nonetheless, its economy will not bounce back to pre-pandemic levels until at least 2022 after a dramatic 6.5% plunge in output this year, the German Council of Economic Experts, which advises the Berlin government, said this week.

The council described the recovery as taking the shape of a “pronounced V,” adding the economy would witness an upswing in the second half of this year as lockdown restrictions are slowly lifted. It warned German unemployment levels will continue to rise this year until showing gradual signs of falling in 2022.

This week, more bad news on the jobs front emerged in Europe. Europe’s aerospace giant Airbus says it plans to cut 15,000 jobs in Britain, Germany and Spain as it deals with the effects of the coronavirus crisis. On Tuesday, EasyJet said it would close three of its hubs and cut about 2,000 staff. And Reuters reported that Air France/KLM was targeting more than 6,500 job cuts over the next two years.

European Central Bank President Christine Lagarde has warned that the pandemic will change parts of the economy permanently.

Please remember that investments of any type may rise or fall and past performance does not guarantee future performance in respect of income or capital growth; you may not get back the amount you invested.
Richard StanleyJuly 3, 2020