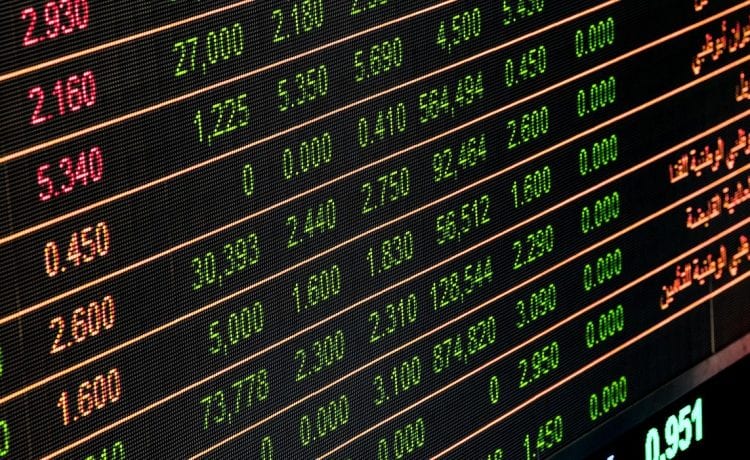 Stocks in Europe failed to track gains across the Atlantic and finished lower.

IG chief market analyst, Chris Beauchamp, put that down to the simple fact that recent economic data out of the US had been more positive and that it went into the crisis in a better position.

The data from the US continues to be more promising than in Europe too, and if nothing else the world’s largest economy went into the crisis in better shape than the eurozone and the UK, and despite its rising case-count seems likely to be the one to lead the way higher over time, he said.

Also dampening sentiment was the advance in the euro and perhaps a degree of nervousness ahead of key talks scheduled for the following week on the proposed €750bn reconstruction fund for the European Union.

Spain’s Ibex 35 meanwhile was 1.62% 7,326.4 as the government reported a sharp increase in the number of confirmed daily Covid-19 infections – albeit from a low base.

Also dampening sentiment early in the session was a Bloomberg report that some US officials had discussed the possibility of punishing banks in Hong Kong, and HSBC specifically, including by destabilising the financial centre’s peg to the US dollar.

Nonetheless, that same report said that disrupting the dollar peg had not regained “serious traction”.

To take note of, in the background gold futures were trading above the $1,800/oz. for the first time in almost a decade.

Nokia was the second top faller on the Stoxx 600, behind Wirecard AG, with its shares slumping by 8% after analysts at JP Morgan downgraded their recommendation for the shares from ‘overweight’ to ‘neutral’, citing the risk that it US carrier Verizon would reduce its reliance on Nokia as primary supplier of radio access network.

On the economic front, Hungarian Prime Minister, Victor Orban cast doubt on the chances of a breakthrough next week in talks for the EU reconstruction fund.

Overnight meanwhile, Boris Johnson warned German Chancellor, Angela Merkel, that Westminster was prepared for a ‘no-deal’ should the EU not be ready to compromise.

Linked to the global pandemic, in remarks to broadcaster BFM TV, French Prime Minister, Jean Castex, laid out the case for targeted restrictions in response to Covid-19.

We won’t survive, economically and socially, an absolute and generalized lockdown, he said.

In Norway, data released on Wednesday showed that the economy grew in May at a below-consensus clip of 2.4% month-on-month after sinking by 4.7% in April and 6.9% in March.