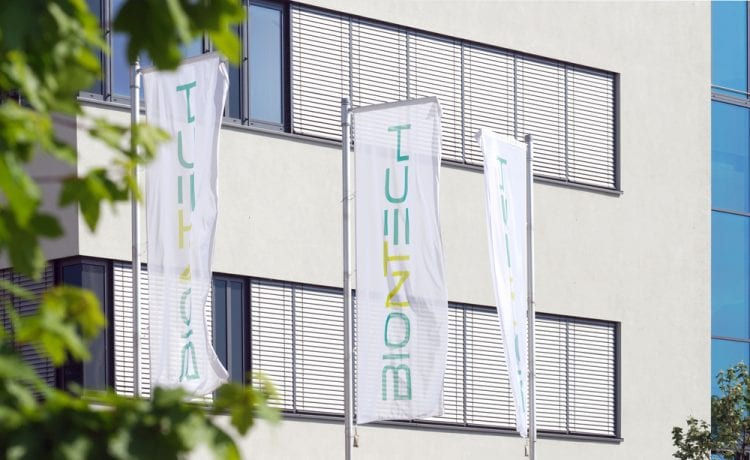 Pfizer and BioNTech have announced that two of the companies’ four investigational vaccine candidates received Fast Track designation from the U.S. Food and Drug Administration

Despite another sharp surge in new cases of coronavirus infection around the world over the weekend, European markets closed higher on Monday, as investors picked up stocks amid growing optimism about potential coronavirus vaccines.

In vaccine news, Pfizer and BioNTech have announced that two of the companies’ four investigational vaccine candidates received Fast Track designation from the U.S. Food and Drug Administration. The companies also said that they expect to start the next phase of trials as soon as later this month are anticipating enrolling up to 30,000 subjects.

British Cabinet Secretary Michael Gove said on Sunday that some progress has been made in Brexit talks despite some difference of views.

In France, Prime Minister Jean Castex said the recovery plan is almost ready, while the country’s finance minister added that a massive support scheme for youth employment is likely this week and a big stimulus plan that would include tax cuts for companies will be unveiled by the end of next month.

Poland and Portugal edged up marginally, while Greece and Russia ended weak.

In the U.K. market, Scottish Mortgage and Fresnillo climbed up 5.4% and 5.3%, respectively. Johnson Matthey, TUI, Rio Tinto, Intercontinental and Rentokil Initial gained 3 to 4%.

Shares of security firm G4S rallied sharply after the company expressed confidence that it first-half adjusted PBITA and underlying earnings will be “significantly” above market expectations.

In the German market, Thyssenkrupp rallied 6.5% and Wirecard moved up 5%. Adidas, Infineon Technologies, Henkel, Beiersdorf, Linde and BASF ended stronger by 2 to 3%.

In economic news, Germany’s economy began to recover after easing of coronavirus containment measures, the Economy Ministry said Monday. The economy has passed the trough. However, the ministry said the recovery process is just beginning and the capacities are still underutilized.

According to the ministry, industrial production has bottomed out. Production is expected to pick up in months ahead on increased order intake. Nonetheless, weak demand from non-European economies remains a risk for the further recovery.

Further, the government noted that leading indicators recovered somewhat but a lasting improvement is not expected in the coming months.

Data from Destatis revealed Germany’s wholesale prices continued to fall in June, but the pace of decline slowed. Wholesale prices dropped 3.3% annually in June after easing 4.3% in May. This was the fifth consecutive decrease in prices. On a monthly basis, wholesale prices advanced 0.6% in June, offsetting a 0.6% fall in May. Prices climbed for the first time since February.

On Friday, European Council President Charles Michel laid out a plan for long-term budget and recovery for the coronavirus-hit members of the European Union. The EU summit involving 27 leaders from euro area countries is set to take place later this week.

In the revised proposal that Michel presented, the size of the European long-term budget called Multi-annual Financial Framework (MFF) is envisioned at EUR 1.074 trillion ($1.22 trillion).

The proposal was initially discussed on June 19 and attracted strong opposition from some members. Subsequently, Michel held bilateral negotiations with all leaders.

The rebates for Denmark, Germany, the Netherlands, Austria and Sweden will be maintained, Michel said. He proposed the size of the Covid-19 Recovery package to be EUR 750 billion ($849.86 billion) and these funds can be used for back-to-back loans and spending through MFF programmes.