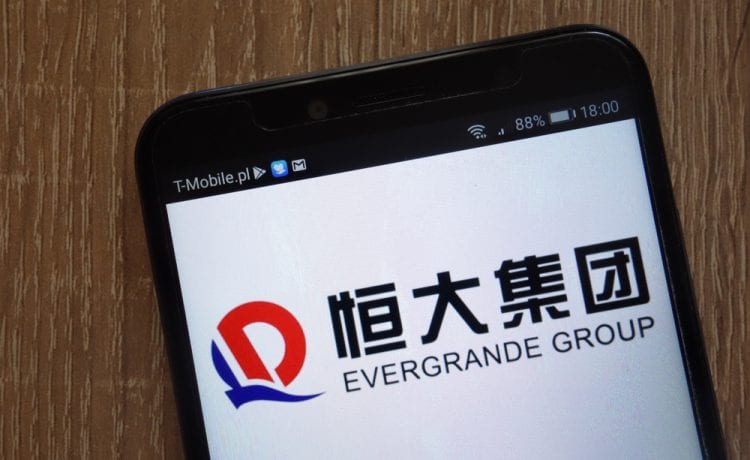 The world’s most indebted developer has warned Chinese officials it faces a potential default that could roil the nation’s $50 trillion financial system unless regulators approve the company’s long-delayed stock exchange listing.

China Evergrande Group mapped out the scenario in an Aug. 24 letter to the Guangdong government seen by Bloomberg, in which the company sought support for a restructuring proposal needed to secure the listing and avert a cash crunch.

Some of Evergrande’s biggest strategic investors have the right to demand their money back if the company fails to win approval for a backdoor listing on the Shenzhen stock exchange by Jan. 31.

If investors refuse to extend the deadline, Evergrande will need to repay as much as 130 billion yuan ($19 billion), equivalent to 92 percent of its cash and cash equivalents.

That may lead to “cross defaults” in Evergrande’s borrowings from banks, trusts, funds and the bond market, eventually leading to systematic risks for the broader financial system, according to the letter sent to the provincial government of Guangdong, where the company is based.

Evergrande said in a statement that online social media posts about its asset restructuring plans are “made up,” without specifying details.

The firm added that it had generated 400 billion yuan of cash inflows from project sales in the first eight months and maintained healthy operations.

Evergrande shares fell 5.6 percent in Hong Kong on Thursday to a four-month low on concerns that it won’t meet the listing deadline. Evergrande Real Estate Group’s domestic bond due in 2023 closed at a record low. The developer’s dollar bonds also sank, pulling down other Chinese property and high-yield notes by as much as 2.5 cents on the dollar, according to traders.

S&P Global cut its outlook on Evergrande’s credit rating to negative from stable on Thursday.

We believe China Evergrande Group’s liquidity is weakening amid the continual increase in short-term debt obligations and potential repayment of a portion of its China domestic ‘A-share’ strategic investments in January 2021, S&P said.

Still, the ratings company downplayed the risk of a liquidity crunch, noting that Evergrande was trying to convince strategic investors to stay put and is an “asset-rich” company with multiple fundraising channels. Evergrande’s sales are likely to remain steady in 2020, S&P said.

Chinese policy makers have a long history of supporting systemically important companies to maintain financial stability. While the government has sought to instil more market discipline and reduce moral hazard in recent years, authorities bailed out several troubled regional lenders in 2019 and have helped engineer at least six bank mergers since May.

Evergrande in August reiterated an aggressive deleveraging target — cutting borrowings by about 150 billion yuan each year from 2020 to 2022, or about half its current debt load. But so far it’s fallen short of the pledge.

The company has since launched a nationwide sales blitz to recoup cash, raised $3 billion by selling a stake in its service arm and reducing spending on land purchases. It expects total investment on electric vehicles to be 29 billion yuan, lower than the 45 billion yuan it had planned earlier.

Please remember that investments of any type may rise or fall and past performance does not guarantee future performance in respect of income or capital growth; you may not get back the amount you invested.
Richard StanleySeptember 25, 2020