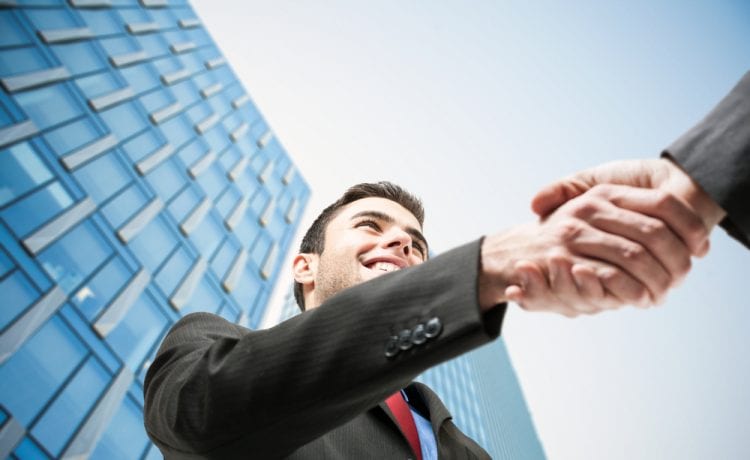 The company sold 376m shares, raising £1.88bn which gave it an initial market value of around £5.4bn

The Hut Group saw its shares soar on Wednesday as trading in the e-commerce beauty business got underway, marking the largest debut on the London market in recent years.

The float is London’s biggest since Worldpay’s 2015 debut and Royal Mail in 2013.

Hut, which was founded by chairman and chief executive Matthew Moulding in 2004, sells own brand or third-party branded goods to consumers via various international websites, including lookfantastic.com, while its end-to-end technology services division, THG Ingenuity, includes Nestle and Procter & Gamble on its client roster.

Russ Mould, investment director at AJ Bell, said it was “a slightly pick and mix collection” of assets and businesses.

Hut has enjoyed a successful start to life as a public company. While this might say more about how dormant the UK market has been in recent years than it does about Hut, it nonetheless reflects strong appetite for the story, which lots of fund managers clamouring to get a piece of the action, he said.

Mould said, much of the excitement around the stock surrounds Ingenuity. In the same way Ocado’s online groceries solution is sold to third-party supermarkets, this is seen as a big growth opportunity for the business. The company is investing heavily to achieve this growth and, like Ocado, remains loss-making on most metrics.

Eyebrows have been raised over some governance issues, including the fact management are incentivised on share price performance. In addition, the limited free float and founder share held by Moulding prevent the shares from qualifying for inclusion in FTSE indices, Mould said.

Moulding is understood to be selling around £54m of shares. However, he will retain a so-called founder share, which will allow him to retain control for three years. He is also in line for large bonus payments if the group’s value hits £7.25bn in three years.

Neil Wilson, chief market analyst at Markets.com, said: This IPO looked like a well-timed move, at least on part of the founder, who is due a bumper £700m payout should all go well while still remaining very much in control of the business. The question is whether this 10%-margin business deserves a tech rating.

He said, heavy demand indicates what a tech multiple, 0% interest rates, and a premium on growth can do for your stock.

Michael Hewson, chief market analyst at CMC Markets UK, said: As the biggest IPO since Royal Mail, Hut will be closely scrutinised in terms of not only early demand, but also the sustainability of the business model. Time will tell as to whether the valuation is a solid one, or whether KKR has made the right move in selling out its entire stake.

KKR, the US private equity firm, was Hut’s biggest shareholder.

Please remember that investments of any type may rise or fall and past performance does not guarantee future performance in respect of income or capital growth; you may not get back the amount you invested.
Richard StanleySeptember 16, 2020