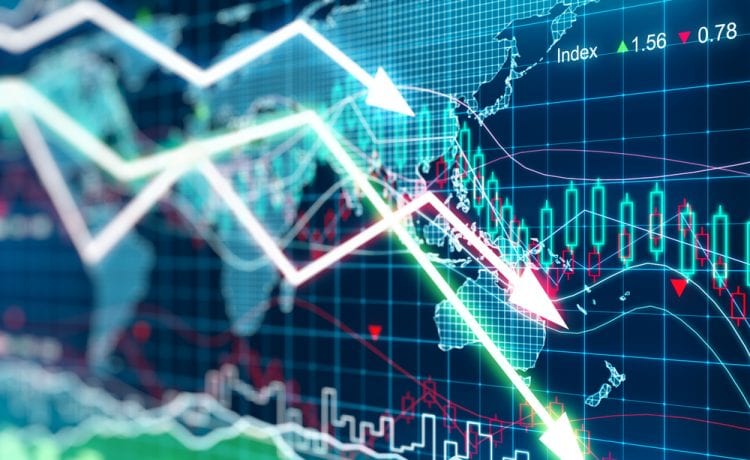 The stock market saw an immediate drop-off on Tuesday after Donald Trump tweeted he was shutting down negotiations on another Covid-19 relief bill between the White House and congressional Democrats.

Within a matter of minutes, the Dow Jones industrial average dropped more than 500 points, from a daily high of over 28,350 to around 27,800.

Both those figures represent just roughly a 1 per cent drop-off, but they underscore just how volatile the markets are during the coronavirus pandemic.

Mr Trump announced on Tuesday he has ordered his team to halt negotiations with congressional Democrats towards another bill intended to provide relief to families and businesses hit hard by the pandemic.

I have instructed my representatives to stop negotiating until after the election when, immediately after I win, we will pass a major Stimulus Bill that focuses on hardworking Americans and Small Business, the president tweeted as he recovered in the White House residence.

No deal between Speaker Nancy Pelosi and Treasury Secretary Steven Mnuchin — the chief negotiators on coronavirus legislation over the course of the coronavirus crisis — was in the offing when Mr Trump cemented his position on Tuesday.

Ms Pelosi and Mr Mnuchin had been scheduled for another call to continue negotiations, but that was scuttled by the president’s announcement.

Several hangups are still preventing a deal, including Republican opposition to Democrats’ plan to shovel hundreds of billions of dollars more to states and local governments, and Democratic opposition to Republican language that would shield businesses, health care facilities, and schools from liability lawsuits related to Covid-19 exposure.