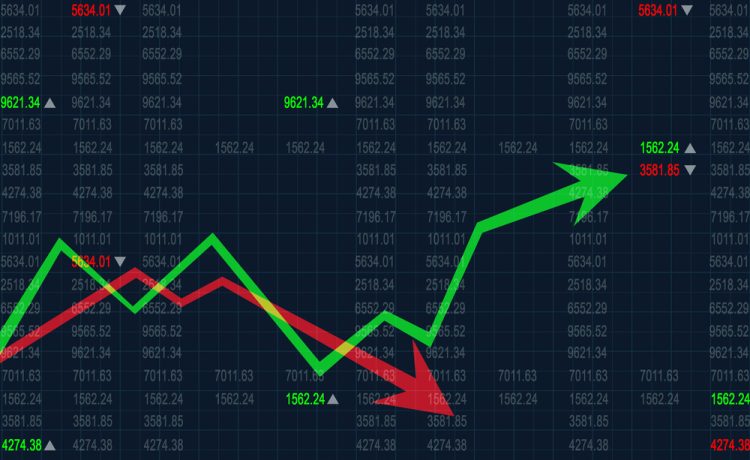 The data marked a second consecutive quarter of contraction, following a minus 1.6% print for the first quarter of 2022

Stocks rallied Thursday following the release of data of second-quarter GDP, which showed that the U.S. economy had contracted by 0.9% between the beginning of April and end of June. The data marked a second consecutive quarter of contraction, following a minus 1.6% print for the first quarter of 2022. 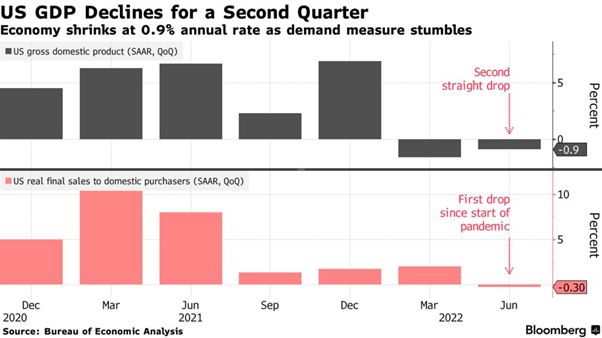 Stocks have recently greeted signs of a slowing economy with gains, as investors bet that weak data might pressure the Fed to slow the pace of interest rate hikes.

What everyone can agree upon is that the economy is slowing rather quickly and that will keep the pressure on the Fed to tighten as much as they possibly can before they will need to go on hold, said Edward Moya, senior market analyst at OANDA. Stagflation is obviously here now and will ultimately force the Fed into a difficult decision as to when they may need to pause tightening.

U.S. Treasury Secretary Janet Yellen on Thursday said the economy is slowing, but it’s still healthy by many measures. She said some slowdown in the economy is needed to help combat the highest inflation in almost 41 years.

Most economists and most Americans have a similar definition of recession – substantial job losses and mass layoffs, businesses shutting down, private sector activity slowing considerably, family budgets under immense strain, the Treasury chief said in a press conference on Thursday afternoon. That is not what we’re seeing right now when you look at the economy. Job creation is continuing; household finances remain strong. Consumers are spending and businesses are growing.

Weekly initial jobless claims fell by 5,000 to 256,000 in the week ended July 23, according to the latest weekly reading on the number of Americans filing for unemployment benefits. However, the four-week average of new claims rose for the eight straight week.

The surge in stocks that began Wednesday has been fuelled in part by Powell saying that interest rates are now in the range of neutral territory and that the pace of hikes may slow, though he left another 75 basis point hike in September as a possibility.

Today’s GDP numbers will reinforce pessimism about both the state of the U.S. economy and the outlook for corporate profits, David Kelly, chief global strategist at J.P. Morgan Asset Management, wrote in a note. However, a small silver lining for markets is that an avowedly data-dependent Federal Reserve should see, in this weakness, a reason to be less aggressive in hiking rates in the rest of 2022.

Please remember that investments of any type may rise or fall and past performance does not guarantee future performance in respect of income or capital growth; you may not get back the amount you invested.
Richard StanleyJuly 29, 2022