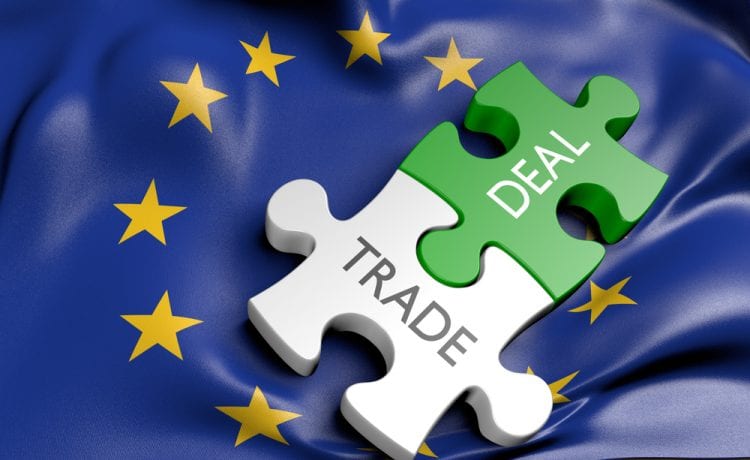 Almost half companies’ exports go to the EU, and they continue to be reliant on the EU for trade, a study by Make UK and accountants BDO found

The European Union (EU) is the main destination for export goods manufactured in the East of England, a new report shows.

Almost half companies’ exports go to the EU, and they continue to be reliant on the EU for trade, a study by manufacturers’ lobby group Make UK and accountants BDO found.

As the region emerges from the coronavirus crisis and Brexit, the sector – which accounts for 12% of the region’s overall economy or just above the national average – will be central, it said. It also employs 234,000 workers – 7% of the region’s entire workforce.

Make UK said it was “vital” to secure a trade deal with the EU before the end of the year which avoids trade barriers. Failure to secure such a deal risks significant damage to prospects for industry in the region.

The report, which looks at the state of the industry over the last 12 months, found the East of England found the impact of the coronavirus crisis was less severely felt than elsewhere because of the region’s strong food and drink industry. But job prospects have taken a hit.

Food and drink is the largest manufacturing sub-sector, with 14.4% of regional output, followed by machinery equipment at 12.2% and electronics at 11%.

The region is also a strong export performer, accounting for almost 7% of total UK manufacturing exports. The EU is its main export destination (49%) followed by Asia & Oceania (19%) and North America (17%).

Make UK regional director Charlotte Horobin warned the outcome of trade talks with the EU and US had the potential to have an impact on the future performance of manufacturers in the region given the exposure to both markets.

If we are to avoid a double whammy hit on the sector it is essential that the UK agrees a trade deal in particular before the end of the year that prevents barriers to trade and avoids tariffs, Horobin said.

BDO regional head of manufacturing Keith Ferguson said manufacturers were already facing huge uncertainty over the UK’s future trading relationships, even before the seismic shock of Covid-19. They now urgently require the government to deliver a trade deal with the EU that protects their interests and allows them to plan.

He said, as the furlough scheme begins to wind down, many of the region’s manufacturers will face difficult decisions on jobs and investment, so it’s vital that their pleas for support are heard loud and clear by policy-makers both locally and nationally.