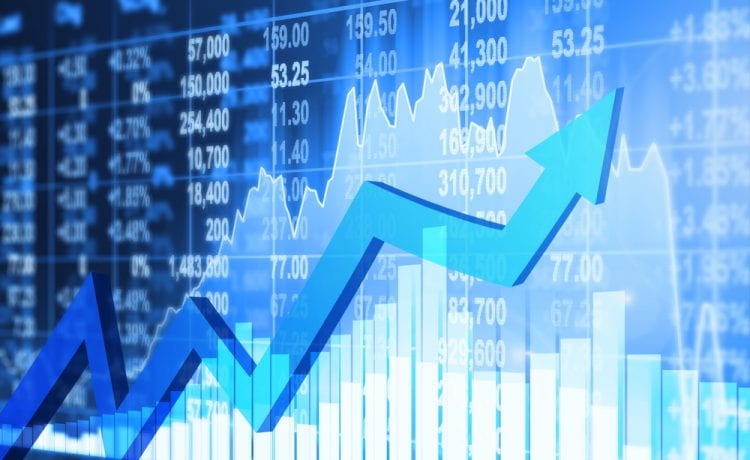 Wall Street is rallying Wednesday with rising hope that Washington may break through its partisanship to deliver more aid for the economy.

The S&P 500 was up 1.6% in afternoon trading, though it’s still on pace to close out its first monthly loss since March. After setting a record high on Sept. 2, the benchmark index has been mostly tumbling on a wide range of worries in its sharpest setback since it began soaring in the spring.

Stock futures and Treasury yields perked up following a stronger-than-expected report on hiring by private employers, which was released before stock trading began on Wall Street. They then accelerated amid revived hopes that the U.S. government could soon offer more support for the economy. Treasury Secretary Steven Mnuchin said at a conference presented by CNBC and Institutional Investor that he will talk with House Speaker Nancy Pelosi again this afternoon, “and I hope we can get something done.”

Investors have been frustrated waiting for Congress to deliver more stimulus after weekly unemployment benefits and other aid it had earlier approved for the economy expired. They have long called such programs crucial for an economy that’s still struggling under the weight of the coronavirus pandemic.

It has certainly weighed on the markets, said J.J. Kinahan, chief strategist with TD Ameritrade. This gives us something a little more concrete to hold on to.

The number of layoffs sweeping the country has remained high, and The Walt Disney Co. said late Tuesday that it plans to lay off 28,000 workers because of government restrictions due to the pandemic that are hurting its theme parks. Other areas of the economy have also seen growth slow since the Congressional aid went away.

But a report from payroll processor ADP on Wednesday gave some encouragement. It said hiring by private employers accelerated this month, with 749,000 jobs added versus economists’ expectations for 605,000.

Stocks of airlines and other travel-related stocks rose amid the widespread gains. Norwegian Cruise Line Holdings jumped 2.2%, United Airlines Holdings rose 2.2% and American Airlines Group climbed 2.4%. Across the S&P 500, more than 90% of the stocks were higher.

Despite the gains, the S&P 500 remains on track for a loss of 3.1% for September. Wall Street’s momentum slowed this month amid worries that stocks simply got too expensive following their tremendous run from the spring into summer.