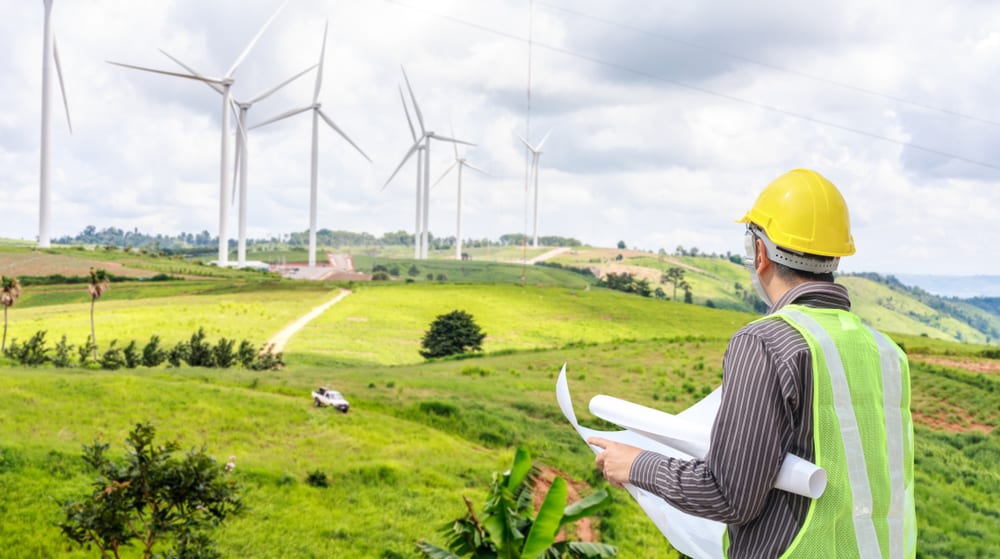 The UK’s onshore and offshore wind capacity rose more than any other country in Europe last year at 2.8GW, according to the latest industry figures

The UK continued to lead Europe in new wind power projects last year, adding 2.4GW of both onshore and offshore capacity as turbine installations rose more than a quarter across the continent in 2019, according to trade body WindEurope.

In total Europe installed 15.4GW of new wind energy capacity in 2019, three quarters of which was installed onshore, bringing overall wind power capacity to date to 205GW and providing 15 per cent of the electricity consumption across the continent, the latest figures show.

While the UK installed the most new wind farms, particularly offshore, Germany was only just behind with 2.2GW of new capacity in 2019, although this includes the country’s lowest rate of new onshore wind additions in 20 years at 1.1GW amid a shortage of suitable sites.

Elsewhere, Spain added 2.3GW of new wind energy last year – its best in over a decade – followed by Sweden with a record 1.6GW and France at 1.3GW, WindEurope said on Monday. All three countries only built onshore wind farms in 2019.

But while overall wind installations were up 27 per cent compared to the previous year, with another €19bn of new wind investments announced in 2019, Europe is still not building nearly enough new wind power capacity to meet the recently proposed 2050 net zero goal, experts warn.

Climate neutrality and the Green Deal require Europe to install over twice as much new wind energy each year as it managed in 2019, said WindEurope CEO Giles Dickson. And the growth needs to come from both offshore and onshore wind. That requires a new approach to planning and permitting and continued investment in power grids. National energy and climate plans for 2030 are crucial here. The EU needs to ensure they’re ambitious and rigorously implemented.

The news came alongside data yesterday from BloombergNEF showing the global wind turbine market is booming as the world looks to build out more onshore and offshore renewable electricity sources.

Manufacturers commissioned almost 61GW of wind turbines globally in 2019, representing a 22 per cent uptick on the previous year’s 50GW thanks to a bumper year in both China and the USA, according to BNEF.

The overwhelming majority of these turbines were commissioned for onshore wind farms, although the market for offshore turbines appears to be steadily growing, rising from an eight per cent share in 2018 to 12 per cent last year, the figures show.

Just four manufacturers made up more than half – 55 per cent – of the global wind turbine market, with Denmark’s Vestas leading the way followed by Spain’s Siemens Gamesa, China’s Goldwind, and General Electric (GE) of the US.

But for offshore wind alone, Siemen’s Gamesa blew the competition away last year after more than doubling its installations compared to 2018, including almost 2GW in just the UK. That includes the largest offshore wind project in the world, Hornsea One, off the coast of Yorkshire.

Tom Harries, head of wind research at BNEF, said the “bumper year” for offshore wind last year was just the start of likely growth to come.

If you look past a likely blip in 2020, installations are set to accelerate, breaking the 10GW-a-year barrier in 2023, he said. This growth outlook has led to intense competition between turbine makers. At the moment, the advantage lies with the manufacturer selling the most powerful turbine. Industrialising the production of a slightly smaller turbine through higher volumes could lower costs and prices.