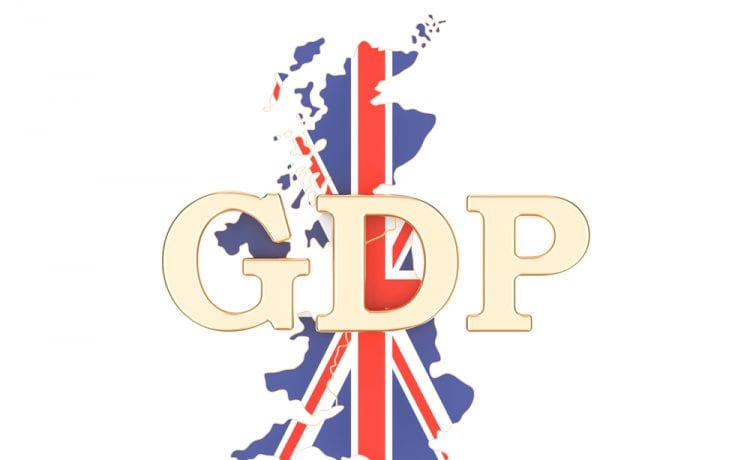 UK gross domestic product (GDP) fell by 2.2 per cent in the first three months of 2020, as the Prime Minister announces major building plans for the country.

The figure from the Office for National Statistics (ONS) covers January to March – mostly pre-lockdown – and is worse than predicted.

The figure was revised downwards by 0.2 percentage points from the first quarterly estimate. The fall of 2.2 per cent is the largest fall in UK GDP since Q3 1979 when it also fell by 2.2 per cent.

When compared with the same quarter a year ago, UK GDP decreased by 1.7 per cent in Q1 2020, a downward revision of 0.1 percentage points from the previous estimate.

Jonathan Athow, deputy national statistician at the ONS, said: Our more detailed picture of the economy in the first quarter showed GDP shrank a little more than first estimated. This is now the largest quarterly fall since 1979. Information from government showed health activities declined more than we previously showed.

All main sectors of the economy shrank significantly in March as the effects of the pandemic hit. The sharp fall in consumer spending at the end of March led to a notable increase in households’ savings, he added.

The latest ONS statistics capture the first direct effects of the coronavirus pandemic, and the government measures taken to reduce transmission of the virus.

David Millar, head of multi asset at Invesco, added: The final Q1 GDP number is just as bad as feared and with later release from lockdowns around the UK than Europe and the US, the chances of as strong a bounceback as them is far reduced. All eyes are now on the PM and Chancellor and their plans for a post-Covid economic boost – fiscal conservatism is being put on the back-burner for now.

The data was released as prime minister Boris Johnson made a major speech about the future of the economy.

Johnson announced a £5bn “New Deal” which puts jobs and infrastructure at the centre of the government’s economic growth strategy. This included an overhaul of the planning system to allow for an easier construction of new homes.

In a speech in the West Midlands, the prime minister underlined his commitment to “build, build, build” in order to upgrade Britain’s infrastructure and skills to fuel economic recovery across the UK.

Please remember that investments of any type may rise or fall and past performance does not guarantee future performance in respect of income or capital growth; you may not get back the amount you invested.
Richard StanleyJuly 1, 2020