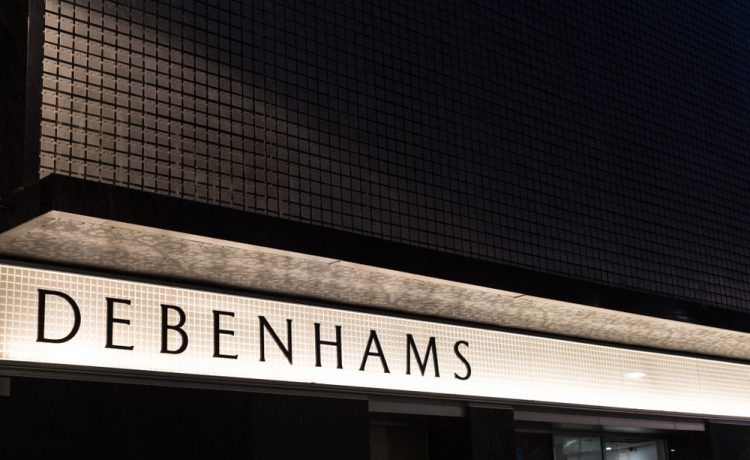 The future of around 25,000 retailing jobs in Britain hangs in the balance after the failure of two long-established companies laid bare the fragility of much of the sector during the coronavirus pandemic.

Long-suffering Debenhams, the 242-year-old department store chain, said Tuesday that administrators had decided to start winding down operations after a potential buyer of the company pulled out. The move will potentially lead to 12,000 job losses if no buyer is found, as seems likely.

It was another devastating blow to the sector, coming just hours after Arcadia Group, the retail empire of billionaire Philip Green, went into administration, a type of bankruptcy protection, late Monday.

Both companies are set to reopen their doors in England on Wednesday when they emerge from a near month-long lockdown that forced the closure of shops selling items deemed to be non-essential, including clothes. Since the pandemic took root in March, the U.K. has forced the closure of retailing outlets in various ways.

For Debenhams, the reopening of its 124 U.K. stores is not expected to last long even though the administrators said they will continue to seek offers “for all or parts of the business” while they start selling off stock and liquidating the business.

Retail experts said the pandemic and the associated restrictions only tell part of the problems that the companies have encountered. Both have struggled to respond to the increased competition from low-cost rivals like Primark, as well as from online disruptors such as ASOS and Boohoo.

It looks like a sad end for Debenhams, which can trace its history back to 1778 when William Clark set up a store in London’s West End selling fabrics, bonnets, gloves and parasols. In 1813 William Debenham invested in the firm, which became Clark & Debenham. By 1950, the renamed Debenhams was one of the largest department store groups in the U.K.

Retail chain JD Sports had been mulling an offer for Debenhams but pulled out after Arcadia said it was going into administration. Arcadia is the biggest operator of concessions in Debenhams department stores, so its potential collapse affected Debenhams’ appeal.

Debenhams, which went into administration in April, has already axed 6,500 jobs. It said it will continue to trade both in-shop and online to clear its current and contracted stocks.

Please remember that investments of any type may rise or fall and past performance does not guarantee future performance in respect of income or capital growth; you may not get back the amount you invested.
Richard StanleyDecember 2, 2020