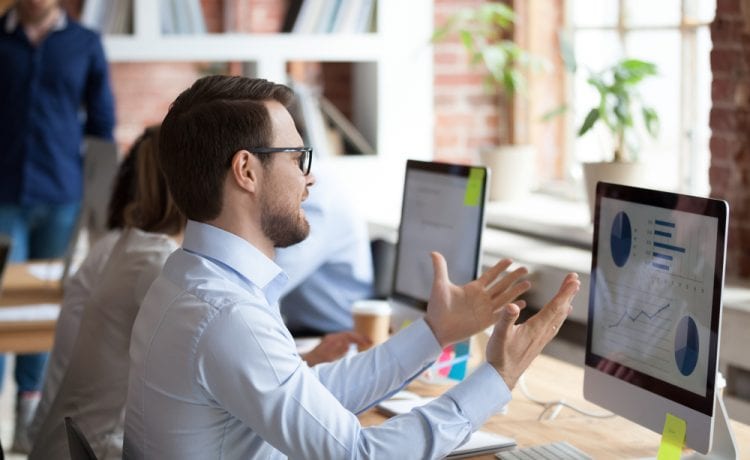 The FTSE 100 index rose only 0.19% as Brexit talk weighed on UK shares

UK shares failed to join the global rally on Thursday morning with investors seemingly concerned about a lack of progress in Brexit negotiations a week out from the deadline to get a deal done.

In company news, budget airline EasyJet remained virtually flat at 523.2p as it said it expects to report a loss in the range of £815 million to £845 million for the year to 30 September following the major hit to demand as a result of the coronavirus pandemic.

Passenger numbers for the full year decreased by 50% to 48 million. The company said fourth-quarter capacity was 38% of previously planned levels with EasyJet flying nine million passengers during the period, with a load factor of 76.3%.

Total group revenue for the quarter ending 30 September fell 73% to about £620 million, though the headline loss in Q4 was expected to be lower than the loss in Q3.

Broadband and mobile operator TalkTalk surged 16.45% to 97p after it said it recently received a takeover bid from Toscafund Asset Management, which would value the firm at £1.1 billion.

TalkTalk said it has ‘agreed to progress the proposal further’, but the 97p per share cash offer is significantly lower than the 135p per share Toscafund reportedly offered last year.

TalkTalk has long been regarded as a takeover target given its smaller status compared with much larger rivals like BT, Sky and Virgin.

Tobacco giant Imperial Brands gained 2.64% to £13.98 after it said it expected full-year earnings to fall and revenue to be broadly flat on last year, though ‘slightly ahead’ of guidance provided in the first half of the year.

The company said it expects tobacco net revenue up 1% while next generation products sales, including vaping products were expected to fall 30% amid a decline in investment expenditure.

Its earnings per share was also expected to be down around 6% for the year amid increased costs owing to the ongoing pandemic.

Gambling group GVC gained 6.94% to £11.24 as it lifted its guidance after third-quarter revenue was boosted by stronger online growth.

The company also agreed to acquire Bet.pt in Portugal to extend its business across Iberia.

Full-year 2020 earnings before interest, taxes, depreciation and amortisation (EBITDA) was expected to be in the range of £770 million to £790 million, approximately £50 million ahead of previous expectations previous guidance baring no further Covid-19 disruptions, the company said.

Electronics products maker Electrocomponents gained 2.4% to 741p after it reported a 7% fall in like-for-like revenue in the first half of the year, owing to the pandemic hit to emerging market sales, which fell 15% in the six months to 30 September.

The company expects to record £9 million COVID-19 related costs in the first half of the year, but going forward said it was ‘well placed’ to take advantage of ‘significant’ growth opportunities ahead.

Online trading brokerage CMC Markets fell 1% to 360p despite saying it was ‘confident’ net operating income would be towards the upper end of the current range of consensus following ‘strong’ performance in the first half of the year.

Current consensus for net operating income was £329.9 million, ranging from £321.0 million to £348.7 million. For the six months ended 30 September, CFD trading revenue was approximately £200 million, up from £85 million a year earlier.

Specialist fund manager Polar Capital gained1.3% to 521p after it reported its assets under management (AUM) climbed 34% to £16.4 billion in the period from end of March to the end of September 2020, driven by net subscriptions, market movements and performance.

In its quarterly AUM update, the company said that over the six-month period AUM increased by £4.2 billion. It expects total net performance fee profits of £14.2 million in the six months to 30 September, with £0.5 million of these received and £13.7 million accrued but not yet earned in funds with year ends on or before the financial year end.

Please remember that investments of any type may rise or fall and past performance does not guarantee future performance in respect of income or capital growth; you may not get back the amount you invested.
Richard StanleyOctober 8, 2020