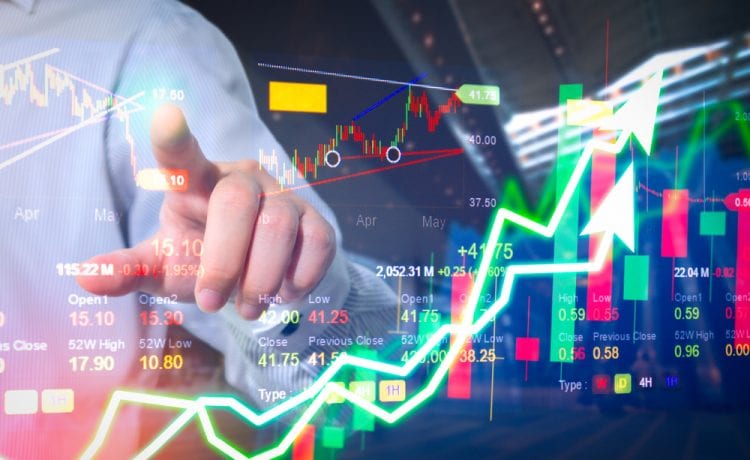 European shares powered ahead on Tuesday, driven by Covid-19 vaccine hopes, optimism around the transition of the US presidency and takeover news in Scandinavia.

Donald Trump’s decision to finally allow the initial Presidential transition process to take place highlights a fading risk for markets, said Josh Mahony, senior market analyst at IG. Given the sharp gains seen in global equities in the wake of the US election, the threat of a legal battle did provide one dark cloud looming overhead threatening to spoil the party for stocks.

Investors also appeared to be reassessing the results of AstraZeneca and Oxford University’s Covid-19 vaccine trial data, which were published just the day before, in a more favourable light.

The headline figure of 70% effective is the average, and one of the regimens is 62% effective and the other is 90%. In terms of cost, the Astra-Oxford medication is reported to be a fraction of the price of Moderna’s and Pfizer-BioNTech’s possible vaccines, said interactive investor analyst Richard Hunter.

In addition to that, it can be stored at approximately -3 degrees, which makes it far easier to transport and more conducive to mass production, he said.

SBB’s bid is 115.5 crowns per Entra share in cash as well as new shares in SBB worth 49.5 crowns each, representing a premium of 14.8% to Entra’s closing share price on November 23, the Swedish company said.

British Airways and Iberia parent IAG and engine maker Rolls-Royce were on the front foot again, boosted by recent vaccine updates and news that from next month, travellers who arrive in England will be able to cut their quarantine to five days from 14 if they test negative for coronavirus on the fifth day. Passengers will have to pay for the tests privately.

Other travel and leisure stocks also gained, with TUI surging more than 15%, followed by Carnival, up 10.5%.

Online electricals retailer AO World fell sharply despite saying it swung to a profit in the first half as strong demand amid the pandemic boosted revenues. In the six months to 30 September, the company swung to a pre-tax profit of £18.3m from a loss of £5.9m in the same period a year ago, with revenue up 53.2% to £717m.

Richard Hunter, head of markets at Interactive Investor said: It remains to be seen whether the meteoric rise can be continued, but for the moment an increase in the share price of 382% over the last year, as compared to a dip of 4.4% for the wider FTSE250, has rewarded shareholders handsomely. Even though this can partially explain an inevitable bout of strong profit-taking on these numbers, the market consensus of the shares as a buy remains in place despite the blistering outperformance overall.

Pets at Home – classed as an essential retailer during lockdown – recovered from early selling even as it reported higher interim profits and maintained its dividend after a strong second quarter as it forecast full-year results to be in line with expectations.

The shares were hit by a note from Shore Capital, which put the stock under review from a ‘buy’ recommendation. The outlook statement suggests “the share price has already arrived at its destination”, said Shore analysts Greg Lawless and Clive Black.