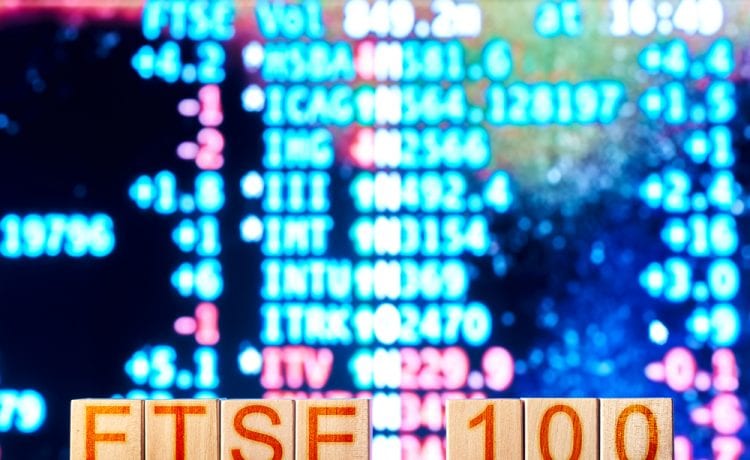 Technical products and services provider Diploma rallied 18% to £20.20 after it raised about £194m through a share sale to fund the acquisition of Windy City Wire Cable & Technology Products.

New shares in the offering, first announced late on Tuesday, were issued £17.11 each. Diploma agreed to acquire Wind City Wire, a US-based distributor of low voltage wire and cable, for up to around £357m ($465m).

Consumer law marketing company NAHL jumped 28% to 62p on news that consultancy group Frenkel Topping had approached it with a share-based takeover proposal.

NAHL said its board was considering the proposal with its advisers, while urging its shareholders to take no action at the current time. Frenkel Topping shed 1.8% to 46.67p.

Elsewhere, consumer goods group PZ Cussons slipped 3.3% to 208p even as its first-quarter sales jumped 19%, driven by strong demand for hygiene products, such as hand sanitizer, during the pandemic.

PZ Cussons, however, also was relatively downbeat about its outlook, predicting ‘some adverse headwinds for the rest of the year’ as many economies move into recession.

Conveniences store operator in travel locations SSP gained 4.9% to 189.6p after it forecast losses at the midpoint of its guidance range as cost cutting helped buffer an 86% slump in second-half sales.

SSP, which in July had announced up to 5,000 job cuts, said sales trends were improving and that it had re-opened just over a third of its outlets, which was ahead of expectations.

Clinical-stage biotherapeutics company PureTech Health rallied 7.0% to 274.5p on announcing that it had filed a registration statement with US regulators for a planned listing on the Nasdaq.

Safety products group Halma climbed 1.6% to £22.53, having guided for a 5%-to-10% fall in adjusted annual profit, with performance to be more second-half weighted.

Halma also announced that chairman Paul Walker would leave in July to take up the same position at scientific and legal publishing group Relx, which rose 1.8% to £17.28.

Online gambling company 888 firmed 2.7% to 186.2p, having announced the appointment of Jonathan Mendelsohn as its chairman designate.

Mendelsohn was co-founder of gambling-focused advisory firm Oakvale Capital and would succeed current 888 chairman Brian Mattingley in May.

Bowling alley operator Ten Entertainment rose 1.2% to 125.54p, even as it swung to a first-half loss after the UK government forced the temporary closure of its centres in March.

Ten Entertainment said all of its 46 centres were now fully reopened. Trading, it added, had begun well, and was currently sitting at 83% of previous levels.

Cosmetics retailer Warpaint London shed 0.8% to 65p as it posted a deeper first-half loss after sales were hurt by the pandemic, though it reinstated dividend payments citing continued cash generation.

Warpaint London declared an interim dividend of 2.8p per share, maintaining the prior year dividend of 1.5p while adding an additional 1.3p to reflect that no final dividend was declared for 2019.

Recruitment and training company Staffline soared 16% to 28.67p despite posting a £47.7m loss and 17% slump in revenue that was nevertheless not as bad as feared.

Staffline also said it had appointed current non-executive director Albert Ellis as its new chief executive, effective from the start of October.

Please remember that investments of any type may rise or fall and past performance does not guarantee future performance in respect of income or capital growth; you may not get back the amount you invested.
Richard StanleySeptember 23, 2020