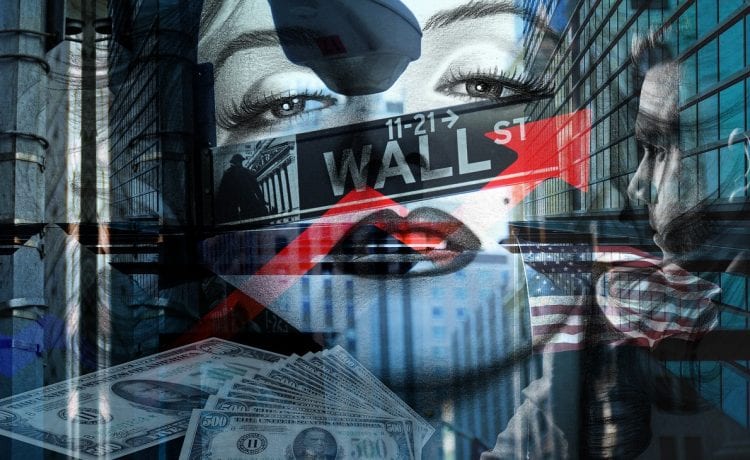 Wall Street equities finished in positive territory on Wednesday following the sharp sell-off seen during the prior session.

It was a mixed session for the Dow, which had opened 155.37 points higher before dipping below the waterline several times, eventually clawing back some of the losses recorded on Tuesday as concerns around the global economic outlook due to the Covid-19 pandemic weighed on sentiment.

While those same concerns also seemed to be in focus on Wednesday, with investors struggling to shake off fears around the rising number of new Covid-19 cases across the US, companies set to benefit from the reopening of the US economy like Carnival, Norwegian Cruise Line and Royal Caribbean were all higher.

Wednesday’s positive moves came after White House economic advisor Larry Kudlow tried to calm fears around the coronavirus’ impact on the US economy.

No one’s denied we’ve had a huge jump in cases in certain hot spots, Kudlow said on Wednesday. However, he noted that there were a number of scenarios at play. We really don’t have any real experience in econometrics modelling for this type of thing. Because so much is generated by the virus.

Kudlow added that the US had created 8.0m new jobs over the last couple of months, highlighting that “virtually every piece of data” showed a “V-shaped recovery”.

Discussing the economic impact of the recent spike in new cases across the US, Oanda’s Craig Erlam said the use of targeted lockdowns would likely alleviate concerns, although a number of states in the US did seem to be struggling with the spread of the virus.

The Fed has repeatedly reiterated that it stands ready to act and Loretta Mester added her voice to those warning of a levelling off in the economic rebound as case numbers rise.

This may prove to be supportive to these equity markets just as they’re looking a little vulnerable and ensure the dips are still attracting buyers, he said. I guess we’ll soon see whether that’s enough as the cracks are appearing at a time when there is a huge gap between stock markets and reality.

The total tally of confirmed cases of Covid-19 across the globe hit 11.8 million earlier on Wednesday, according to Johns Hopkins University, with the US easily leading the way with its 2.99 million cases.

Also in focus, the White House was said to be looking at ways to undermine the Hong Kong dollar’s peg to the US dollar as a potential way to hit China.

Markets.com analyst Neil Wilson said it was “probably not” a tactic that will be considered seriously or pursued by the administration, it was definitely one worth watching out for.

If such a tactic were to be deployed, it could raise risks for Hong Kong banks to access dollars and we could feasibly see ripple effects across the FX space – albeit I don’t see the US embarking on any kind of outright manipulation to weaken or strengthen the dollar, he said.

In macro news, following a brief pullback at the end of last month, US homebuyers returned to the mortgage market last week in order to take advantage of all-time-low mortgage rates.

Mortgage applications to purchase a home increased 5% week-on-week and a much sharper 33% year-on-year, according to the Mortgage Bankers Association.

Mortgage rates declined to another record low as renewed fears of a coronavirus resurgence offset the impacts from a week of mostly positive economic data, such as June factory orders and payroll employment, said MBA economist Joel Kan.

He said, the average purchase loan size increased to $365,700 — also another high — as borrowers contend with limited supply and higher home prices.