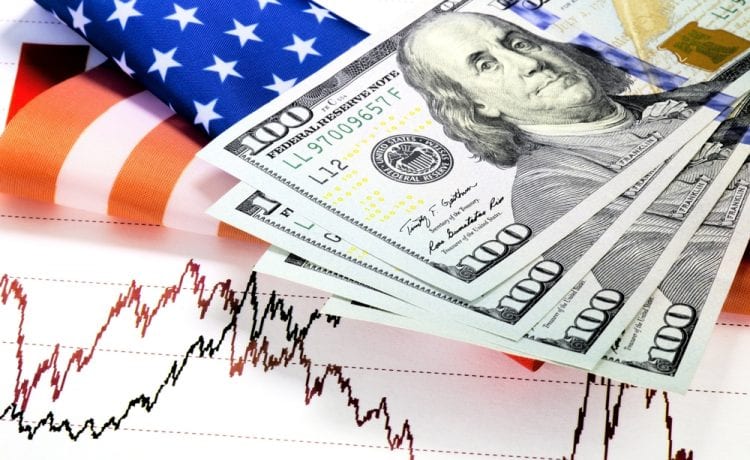 US stocks closed mixed on the first day of trading in the new quarter amid “encouraging” clinical data from Pfizer and BioNTech on the study of a Covid-19 vaccine candidate.

The Dow closed 77.91 points lower on Wednesday, reversing some of the gains recorded in the final session of a volatile but record-setting month for Wall Street on Tuesday.

Wednesday’s focus was mostly on Covid-19 headlines, with White House health advisor Dr Anthony Fauci cautioning that if the pandemic continues at its current rate, new cases could potentially surpass 100,000 infections every day.

As many as 12 US states have now halted or decelerated their economic reopening as a result of a 40% jump in new cases over the past seven days to roughly 39,750 every 24 hours.

New York City also halted plans to resume indoor dining as soon as next week as a result of the increased number of new cases spreading across the nation.

However, stocks turned positive in early trading after a study of a Covid-19 vaccine candidate being developed by Pfizer and BioNTech showed the drug created neutralising antibodies.

We are encouraged by the clinical data of BNT162b1, one of four mRNA constructs we are evaluating clinically, and for which we have positive, preliminary, topline findings, said Kathrin U Jansen, head of vaccine research and development at Pfizer.

While the results of the study have been released online, they are yet to be reviewed by a medical journal.

In macro news, the recent surge in mortgage demand from homebuyers over the past two months looked to be waning, according to data released by the Mortgage Bankers Association on Wednesday, despite mortgage rates continuing to drop.

Mortgage applications to purchase a home fell for a second straight week, down 1% week-on-week, while purchase volume was 15% year-on-year.

The weakening in activity is potentially a signal that pent-up demand is starting to wane and that low housing supply is limiting prospective buyers’ options, said MBA economist Joel Kan.

On the jobs front, US businesses continued to bring workers back from furlough throughout June as the country’s economy attempted to slowly return to normal.

According to data released on Wednesday by ADP and Moody’s Analytics, private payrolls grew by 2.36m, a touch lower than the 2.5 million expected by economists. While the final figures were short of expectations, the total actually showed a sharp decline from the previous month – which saw a dramatic upward revision to 3.06m from the initially reported loss of 2.76m.

A separate report from global outplacement firm Challenger, Gray & Christmas revealed employers had announced 170,219 job cuts in June. Although layoffs were down 57% month-on-month, they jumped 306% year-on-year.

Elsewhere, the Institute for Supply Management’s final manufacturing PMI for June revealed economic activity in the sector expanded last month, with the index improving to 52.6 from 43.1 in May – better than the market expectation of 49.5.

Outlays for construction projects fell 2.1% in May to $1.36trn, according to the Commerce Department, a stark contrast to the expected 0.7% increase.

Also in focus, minutes from the latest Federal Open Markets Committee meeting revealed that policymakers thought the current stance of monetary policy was “appropriate” and indicated the central bank felt there was a need for “highly accommodative monetary policy for some time”.

On the corporate front, FedEx shares surged 11.71% in early trading after topping earnings and revenue forecasts, while shares in retailer Macy’s were down 4.36%% after reporting a first-quarter loss and stating it did not expect “another full shutdown” of the US economy.

Please remember that investments of any type may rise or fall and past performance does not guarantee future performance in respect of income or capital growth; you may not get back the amount you invested.
Richard StanleyJuly 2, 2020