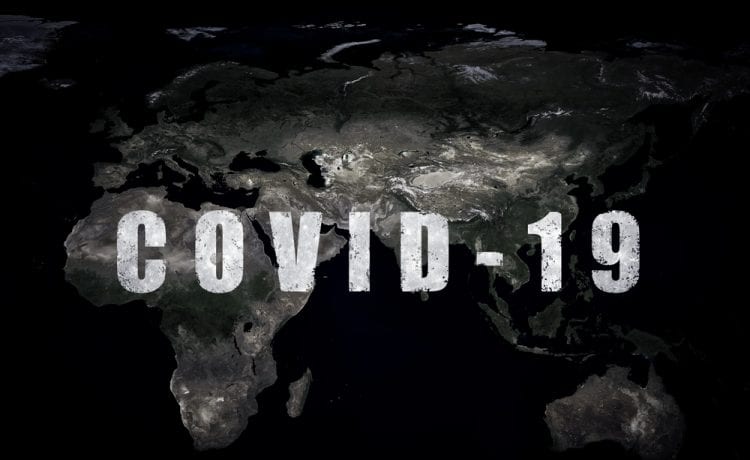 Europe saw its sharpest recorded Q2 contraction, with France’s economy contracting by a record 13.8 per cent in the second quarter and Italy’s economy shrinking 12.4 per cent

World stock markets ended the week on a low note on Friday in the face of almost unremitting bad news of rapidly-shrinking economic activity, highlighting the “devastating impact” coronavirus has had on the global economy, analysts said.

But it was the huge drops in April-June economic activity — a contraction of one third in the United States while Europe faces its worst recession in a quarter of a century — which were proving hardest to swallow as main indices all lost further ground to cap a miserable week.

Markets are struggling to digest massive double-digit falls in economic output as well as a swathe of mostly grim corporate earnings — tech giants aside — which only further highlighted the damage done by the virus.

France’s economy contracted by a record 13.8 per cent in the second quarter, Spain slumped 18.5 per cent, Portugal contracted 14.1 per cent and Italy shrank 12.4 per cent.

Europe as a whole was hammered by its sharpest recorded contraction in the second quarter, with GDP down 12.1 per cent in the eurozone and 11.9 per cent across the EU.

Gains in the techs helped provide some support but not enough to make a huge difference at the end of yet another turbulent week. The tech-rich Nasdaq Composite Index led the US market, adding 1.0 per cent mid-session after tech giants Amazon, Alphabet, Apple and Facebook all reported better-than-expected results as the sector looks to be the big winner amid the pandemic upheaval.

The DOW was off half a per cent while the DAX gave up 0.5 and London and Paris slid 1.5 per cent on the day.

The effect of COVID-19 on the US economy was even more marked than in Europe with a 32.9 per cent contraction between April and June as businesses were shut down to prevent the spread of the killer disease.

That was the worst US quarter since records began in the aftermath of World War II.

The numbers added to fears about the long-term economic impact of COVID-19 and overshadowed a better-than-forecast read on Chinese factory activity that suggested the country is slowly emerging from the crisis.

It was a grim day at the office for the global economy… as the extent of the COVID-19 damage was laid bare, said PVM analyst Stephen Brennock. Europe’s biggest economy shrunk by the biggest fall since 1970 and wiped out nearly a decade of German growth. Truck maker Scania, part of Volkswagen’s Traton group, said on Friday it would cut 5,000 jobs globally due to the economic impact of the novel coronavirus, confirming a plan first announced in June.

The cut represents 10 per cent of Scania’s global workforce and followed a 41 per cent drop in vehicle deliveries in the first half of 2020, the company said.

Looking ahead, the demand situation remains uncertain, Scania’s chief executive Henrik Henriksson said in a statement. It will take a long time before demand returns to pre-crisis levels, he added.

Separately, Chevron Corp on Friday reported an $8.3 billion loss on asset writedowns from plummeting fuel prices, a forced exit from Venezuela and expenses tied to thousands of jobs cuts.

Multibillion-dollar asset writedowns have become a prominent part of second-quarter energy results, as a global oil glut emerged as the COVID-19 pandemic cut fuel demand. Chevron rivals Total, Royal Dutch Shell, and Eni each wrote down billions of dollars in assets. BP has signalled an up to $17.5 billion hit.

Gold rose on Friday, trading near its all-time peak, as a sliding dollar and dire economic numbers from far and wide sparked a rush to safety in bullion, which is on course for its biggest monthly gain in over four years.

Oil prices rose on Friday and were on track for monthly gains, benefiting from a weaker dollar which continued to be hit by concerns over the recovery of the US economy as the coronavirus ravages economic output.

US crude gained 50 cents, or 1.25%, to $40.42 after dropping 3.3% in the previous session, also off lows not seen since July 10. Brent is on track for a fourth month of gains and US crude is heading for a third as both rise from depths hit in April, when much of the world was in lockdown.

Please remember that investments of any type may rise or fall and past performance does not guarantee future performance in respect of income or capital growth; you may not get back the amount you invested.
Richard StanleyAugust 1, 2020