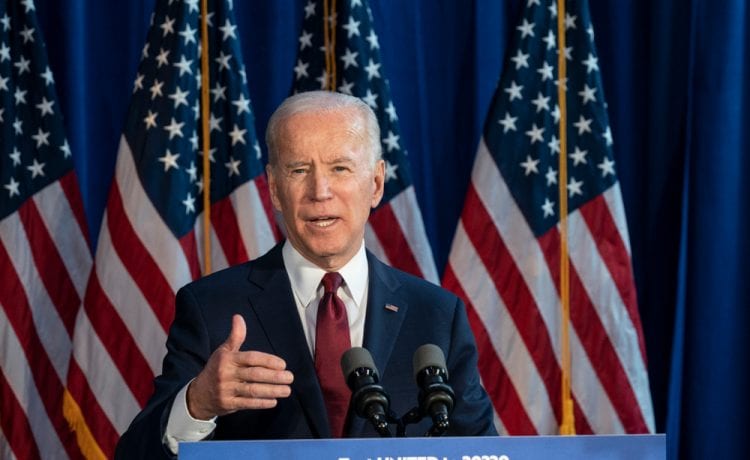 Stock markets rallied around the world on Monday, as investors welcomed the prospect of Joe Biden in the White House and the end of Donald Trump’s presidency.

Equity markets posted significant gains last week as US voters went to the polls and ballots were counted, but Monday marks the first trading day since the race was called for the Democrat former vice-president.

Leading European and Asian indices as well as emerging markets leapt on Monday, while Wall Street futures were also pointing to a bounce in the US later in the day.

In Asia, Japan’s Nikkei had closed 2.1% higher overnight at a 29-year high, while China’s SSE Composite Index rose 1.9%. South Korean stocks rose to their highest level in more than two years, with the KOSPI up 0.5%.

Meanwhile Indian stocks hit record highs on Monday, with the Nifty 50 rising 1.4%. It came after a report Biden could reform work visas, making it easier for Indians to work in the US.

US stocks looked set for renewed gains after their best week since April reversed the previous week’s losses. S&P 500 were 1.5% higher, Dow Jones futures 1.3% higher and Nasdaq futures up 2%.

While President Trump still appears to be in denial about the loss of the Presidency to the Democrats and Joe Biden and still refusing to concede, markets appear to be unconcerned about the prospect of a contested outcome, and now appear to have moved on to what might happen next, said Michael Hewson, chief market analyst at CMC Markets UK.

Milan Cutvokic, market analyst at Axi, added: Donald Trump is unlikely to accept his defeat that easily and he will continue to dispute the results until the bitter end. Nevertheless, it is already clear that the odds of him being able to change the outcome are very slim. With Biden in the White House, relations with key trade partners are likely to improve.

Hewson added: This week looks set to see a positive start to the week in Europe after a similarly positive Asia session saw the Nikkei 225 hit its highest levels since 1991, while Chinese markets also rallied on the hope that trade tensions, between the US and China could well start to diminish in 2021.

He noted Wall Street’s leading indices saw their best week since April last week. The calculation here appears to be that a continued Senate majority for the Republicans will act as a brake on some of the more radical Democrat policies on higher regulation and taxation, though with a Georgia runoff for the contested Senate seats due in January, the possibility of a blue wave could still happen.