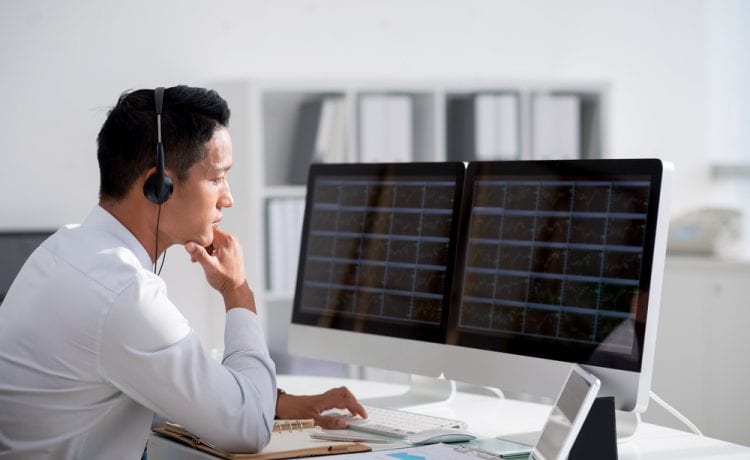 Asian stock markets slipped on Tuesday, oil sagged and a safety bid supported the dollar as simmering Sino-U.S. tensions and fresh coronavirus restrictions in California kept a lid on investor optimism as earnings season gets underway.

MSCI’s broadest index of Asia-Pacific shares outside Japan fell 1.2%. Japan’s Nikkei retreated from a one-month high touched on Monday, dropping 0.9%, while Chinese stocks were down despite better-than-expected trade numbers. A firm dollar put pressure on the Aussie and kiwi.

The moves came after a selloff on Wall Street that followed reopening rollbacks in California, where Governor Gavin Newsom ordered bars closed and restaurants and movie theatres to cease indoor operations.

Meanwhile tension grew between the United States and China. The United States on Monday rejected China’s disputed claims to offshore resources in most of the South China Sea – a shift in tone which prompted a rebuke from Beijing.

The Trump Administration also plans on scrapping a 2013 auditing agreement that could foreshadow a broader crackdown on U.S.-listed Chinese firms, as friction between the world’s two largest economies generates heat on a broad front.

It’s not just the tempo which is picking up, but the aspect of so many areas being pulled in to the dispute, said Vishnu Varathan, head of economics at Mizuho Bank in Singapore.

Last time it was really about the bottom line, he said, but now what had been primarily a trade dispute ranges across political and strategic dimensions, making a resolution less likely and the next moves less predictable.

California’s return to restrictions also has markets on edge about whether the virus can wreak more economic harm, as total infections surged by a million in five days and now top 13 million.

Oil prices, a proxy for global energy consumption and therefore growth expectations, reflected the growing worries. U.S crude futures fell 2.4% to $39.14 per barrel and Brent futures fell 2.1% to $41.81 per barrel.

The pullback in risk assets remains modest but has, at least temporarily, knocked the wind from the frothiest sections of the markets.

The tech-heavy Nasdaq shed 2% on Monday and shares of Tesla ended down 3%, tapping the brakes on a rally that has boosted the electric car maker’s stock by more than 40% in two weeks.

Along with the virus, there are also signs of an interruption to the steady flow of better-than-expected economic data. On Tuesday data showed Singapore entered recession last month, with the economy contracting 41.2% for the quarter, worse than the 37.4% analysts had forecast.

Currency markets hemmed the dollar in a tight range, with the kiwi stalling its grind higher at $0.6535 and the Aussie sat at $0.6945.

The euro hung on to overnight gains at $1.1343 though awaits German sentiment data at 0900 GMT for the next read on Europe’s recovery.

Focus then shifts to U.S. earnings, with JP Morgan, Citigroup and Wells Fargo as well as Delta Air Lines due to report on Tuesday to a market already looking ahead to 2021 and beyond.

The outlook statements are what the market will look at, he said. If a company surprises on the upside with their 2020 earnings, but has shaky commentary for 2021, well they’re not going to be rewarded for that.