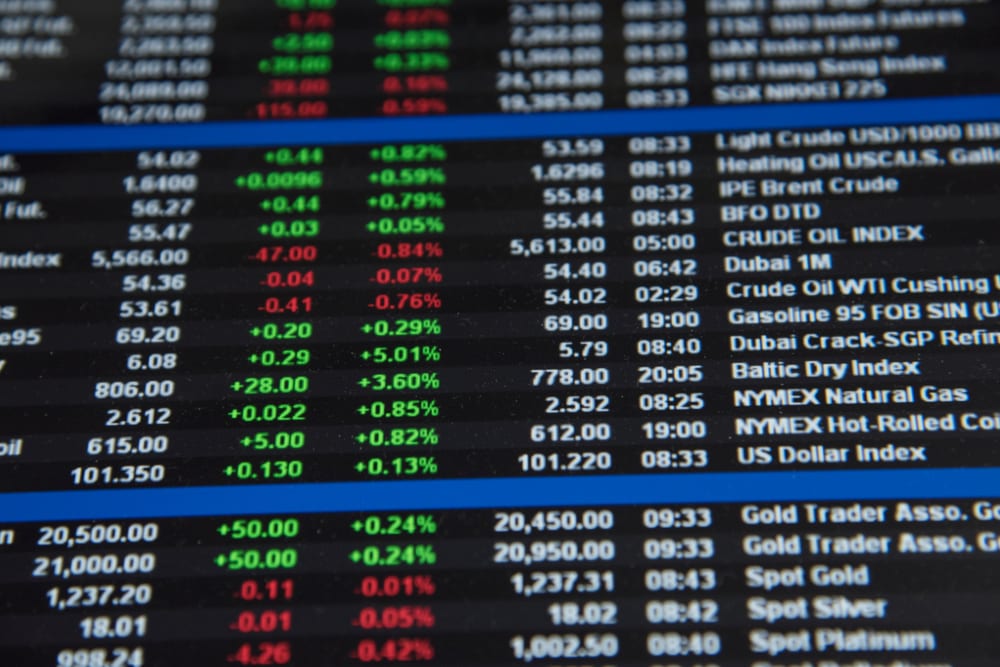 Australian shares have clawed back yesterday’s heavy losses, as the turbulent financial year draws to a close.

It follows a rebound on Wall Street as investors put aside concerns about a deeper-than-feared recession and the number of COVID-19 cases surpassing 10 million worldwide.

As the health and economic crises worsen, markets are betting that Congress or the US central bank will inject even more stimulus into the economy.

The market believes that the [Federal Reserve] has its back, Sam Stovall, chief investment strategist at CFRA Research in New York, said. If things get really bad, the Fed will step in with additional monetary easing and basically reach into their bag of tricks to do whatever they need to support the market.

Collins Foods was the best-performing stock (+14.5pc), despite its full-year profit dropping 20 per cent to $31.3 million.

Investors piled into the stock as the company — which runs KFC, Taco Bell and Sizzler franchises in Australia and Europe — will pay a final dividend of 10.5 cents per share, fully franked.

While sales at its European stores have been hit hard by coronavirus lockdowns, its Australian KFC franchises have been enjoying strong takeaway and delivery sales.

Not many stocks are in the red — mainly gold miners like Saracen Mineral (-2.8c) and Regis Resources (-1.9pc).

Business software company WiseTech Global dropped 2.9 per cent after its chief executive Richard White sold 2.25 million of his shares (at $18.40 each) to earn himself a $41.3 million payday.

The big four banks have risen by at least 1.3 per cent each, while Fortescue Metals was the only mining giant to retreat (-0.7pc).

Shares in Scentre Group, lifted by 1.9 per cent, after the company announced that 92 per cent of retail stores across its Westfield shopping malls were open.

Scentre said more stores would open throughout July when restrictions on cinemas, gyms and food courts were relaxed.

It also said last weekend (June 27-28) was a busy period, with customer visits lifting to 86 per cent of what they had been in the same period last year.

Rory Macleod has stepped down as the chief executive of health food maker Freedom Foods, after a massive accounting blunder in the company.

In a statement, the company said Mr Macleod had resigned from all board and executive positions — after he was forced to take leave last week.

This comes after the surprise departure of its chief financial officer, Campbell Nicholas, last week.

Freedom Foods also revealed that it had hired major law and accounting firms, Ashurst and PwC, to assist with investigations into the company’s financial affairs. Last week, the company revealed it had written down $60 million worth of inventory, sacked 61 workers, made 41 of its staff redundant, and asked for its shares to be suspended from the ASX.

The administrator of Virgin Australia has confirmed shareholders will not receive any money from the airline’s sale to US private equity firm Bain Capital.

In a statement to the ASX, Deloitte said it had reasonable grounds to believe there was “no likelihood” that shareholders would get anything for their shares, and there was unlikely to be enough money to repay the airline’s creditors in full.

In a statement, Deloitte suggested that shareholders could claim a capital loss on their Virgin shares when doing their tax returns.

A spike in coronavirus infections in southern and western states in the US last week sent the S&P down nearly 3 per cent.

It followed regulators allowing a 737 MAX to take off from a Seattle-area airport on Monday (local time). It was the first day of certification flight testing with the US Federal Aviation Administration and company test pilots — a crucial moment in Boeing’s worst-ever crisis.

Boeing’s 737 MAX airplanes have been grounded worldwide after two crashes that killed 346 people in Ethiopia and Indonesia.

US markets were boosted overnight by figures showing the US property market was starting to rebound.

Pending home sales jumped by a record 44.3 per cent in May to 99.3 points, according to the National Association of Realtors. It tracks how many contracts to buy an existing home were signed. However, they are still below where they were in February (111.4 points), before the coronavirus led to forced business closures, grounding the American economy to a halt.

It was also a strong trading day for Europe, with Britain’s FTSE and Germany’s DAX rising by at least 1.1 per cent each.