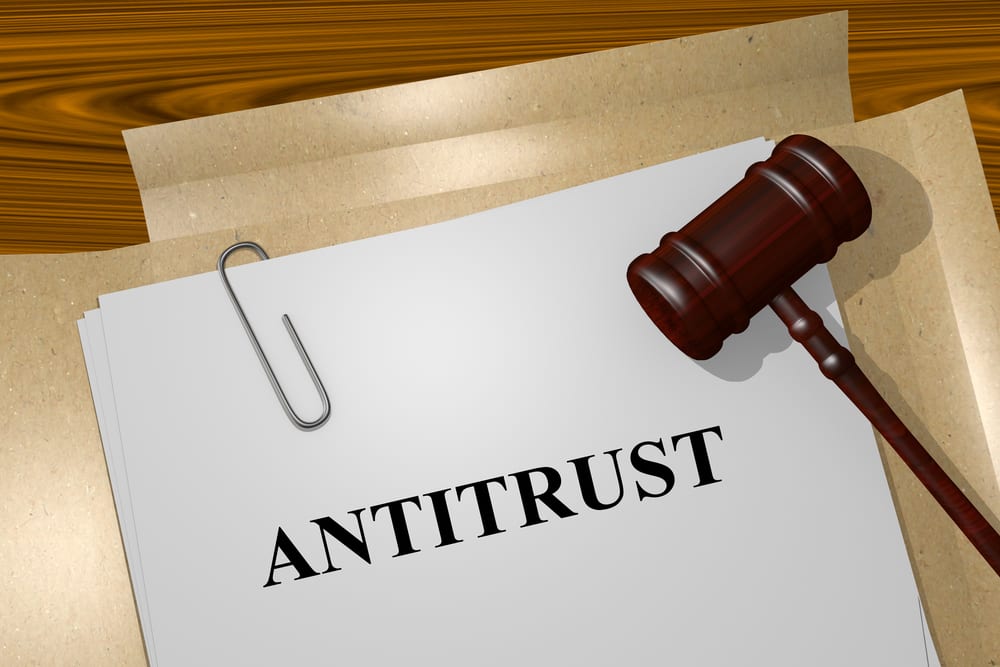 Five biggest tech companies made a combined $55.2 billion in net profit in the most recent quarter, which is nearly 20% of entire market’s value

As antitrust forces hone their investigations into big tech companies, the companies only seem to be growing stronger.

The Federal Trade Commission on Tuesday fired the latest salvo in the U.S. government’s increasing scrutiny of big tech companies, asking the country’s five largest tech companies by market cap to provide information about acquisitions over the past decade — it is the first time Microsoft Corp MSFT, +0.96%   has been included in the current round of investigations.

All but Apple admitted in their most recent annual reports with the Securities and Exchange Commission that they are being investigated or are at least at risk of regulatory action. Apple made no mention of regulatory or antitrust risks, even after an app maker’s chief executive told Reuters he was interviewed in November about the company’s interactions with Apple.

Alphabet, for example, acknowledged: “We are subject to increasing regulatory scrutiny as well as changes in public policies governing a wide range of topics that may negatively affect our business, For instance, various regulatory agencies, including competition, consumer protection, and privacy authorities, are reviewing aspects of our products and services. We continue to cooperate with these investigations.”

Those admissions have done nothing to slow the companies’ outsize influence on markets nor their ability to rack up huge profits and revenues, however. In a still-young 2020, Google parent Alphabet and Amazon have joined Apple and Microsoft in the trillion-dollar market-cap club for the first time. While Facebook lags behind that group with a $600 billion valuation, it is worth twice as much as the next-most-valuable U.S. tech company, Intel Corp. INTC, +0.34%.

Those five mega-companies, now worth more than $5 trillion, make up 15.7% of the S&P 500’s market value and 19.7% of the total U.S. stock market’s value as of Monday’s close, according to Dow Jones Market Data. The aforementioned quintet made a combined $55.2 billion in net profit in the holiday quarter, more than 20% of the $265.66 billion reported by all S&P 500 SPX, +0.17%  companies in their most recently reported quarters, according to Dow Jones Market Data.

The result is a strange dichotomy between the financial state of Big Tech (stupendous) and the companies’ tangles with federal investigators lingering ominously in the background. Less than two weeks after Alphabet topped $1 trillion for the first time, news surfaced that the Justice Department had contacted more than a dozen companies — including publishers, advertising technology firms and advertising agencies — about the company’s online ad tools, and speaker company Sonos Inc. SONO, +3.11%  filed an official complaint about Google with the International Trade Commission.

Around the same time that app developers were reportedly queried by Justice officials about Apple and its outsize influence, the company dazzled Wall Street with its first quarter earnings of more than $90 billion in sales — roughly $1 billion a day. Amazon neared $90 billion in holiday revenue as well, even as the FTC reportedly examines its dominant marketplace’s effects on small businesses.

The companies continue to make plans for an even bigger future despite warnings that the U.S. government will seek to halt their growth or split them apart.

Facebook plans to add up to 43,000 employees — which would nearly double the company’s workforce — through next year, according to two people familiar with its thinking who are not authorized to speak publicly on the matter. (Facebook declined comment on its hiring plans, noting it had 9,300 net new hires in 2019).

Google agreed to buy activity tracker Fitbit for $2.1 billion in November and data-analytics company Looker for $2.6 billion in June, both of which still require regulatory approval from agencies that could already be investigating Alphabet for potential antitrust charges.

Beyond the U.S., Europe continues to look into the companies as well, after fining Google billions in recent years. Amazon disclosed in its recent 10-K that the European Commission has “opened an investigation to assess whether aspects of our operations with marketplace sellers violate EU competition rules.”

The Big Five aren’t just growing at accelerated clips but diversifying into new, burgeoning markets to extend their business empires. A glance at their most recent quarterly results reflects new revenue streams.

Apple, which has relied on iPhone sales for more than a decade, has increasingly leaned on its Services division ($12.7 billion in fourth-quarter revenue), and wearables (the first-ever $10 billion quarter).

Loop Ventures analyst Gene Munster predicts services and wearables combined will make up 30% of the company’s total revenue in 2020. Underscoring its enduring power, iPhone sales hit $55.96 billion in the quarter. Its Apple TV+ streaming service, still in its infancy, has spent billions of dollars to create shows and movies in a challenge to Netflix Inc. NFLX, +0.86%  , Amazon Prime Video, Walt Disney Co.’s DIS, -1.11%  Disney+ and others.

Amazon, Microsoft, and Google have cemented their status as cloud-computing leaders. Amazon Web Services hauled in $2.6 billion in operating profit last quarter, two-thirds of Amazon’s total, on revenue of $9.95 billion. For the first time, Alphabet broke out Google Cloud revenue in its financial statement: It soared 53% to $8.9 billion in 2019.

Amazon, meanwhile, is delving into the health-care market with its $753 million acquisition of PillPack in 2018 to help crack the $500 billion prescription market, and its joint health-care venture with Berkshire Hathaway Inc. BRK.A, +0.12%  and JPMorgan Chase & Co. JPM, +0.19%  .

Wall Street appears to be focusing on those growth initiatives, as well as the big profit and sales totals reported for 2019, instead of the investigations.

We are currently, and may in the future be, subject to regulatory orders or consent decrees, including the modified consent order we entered into in July 2019 with the U.S. Federal Trade Commission (FTC) which is pending federal court approval and which, among other matters, will require us to implement a comprehensive expansion of our privacy program, Facebook said in its filing.

The disclosures underscore the potential pitfalls of amassing billions of customers and fabulous wealth. But for now, it seems a trade-off that tech giants are more than willing to embrace.