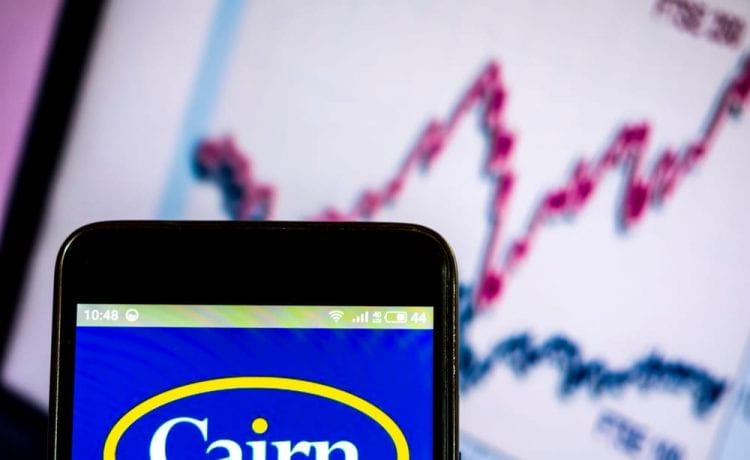 According to Haaretz newspaper, Cairn is in talks to acquire the 22 per cent interest in the Tamar field

Cairn Energy may be set to buy a stake in a gas field off Israel in a deal that would be worth more than $1bn (£0.85bn).

Edinburgh-based Cairn is in talks to acquire the 22 per cent interest in the Tamar field held by Israel’s Delek group, according to Haaretz newspaper.

Citing sources close to the sale process, Haaretz said Cairn has made a $1.1bn offer for the Tamar stake, which would be $100m more than its book value.

The report comes after Cairn made clear it sees lots of potential in the eastern Mediterranean and adjoining land, despite the geopolitical tensions in the area.

Cairn acquired exploration acreage off Israel in 2019, in what was only the second offshore licensing round completed by the country.

Last month Cairn agreed to buy a big portfolio of gas fields onshore Egypt from Shell with a local partner in a $640m deal.

The company appears to have decided it could generate better returns in the area than it does in the North Sea production business.

On the day it announced the move into Egypt, Cairn revealed it had struck a $460m deal to sell stakes in two big North Sea fields, which have been an important source of revenue. It could use the proceeds of the sale of the North Sea assets to Waldorf Production to fund its share of the costs of the move into Egypt.

The transactions come amid a surge in mergers and acquisitions (M&A) activity in the oil and gas sector.

The rally in oil prices that has accompanied the roll out of coronavirus vaccines has spurred deal activity.

Oil and gas prices tumbled during the first months of the pandemic, sending the industry into a deep downturn.

BP said yesterday that it had cut debt faster than expected after a very strong business performance in the first quarter of this year. The oil giant noted the price environment had been favourable.

Delek has used acquisitions to help it develop a significant North Sea business, which it described last week as a cash-generative growth engine.

Delek bought Ithaca Energy in a £1 billion deal in 2017 to help build an international oil and gas business.

Please remember that investments of any type may rise or fall and past performance does not guarantee future performance in respect of income or capital growth; you may not get back the amount you invested.
Richard StanleyApril 7, 2021