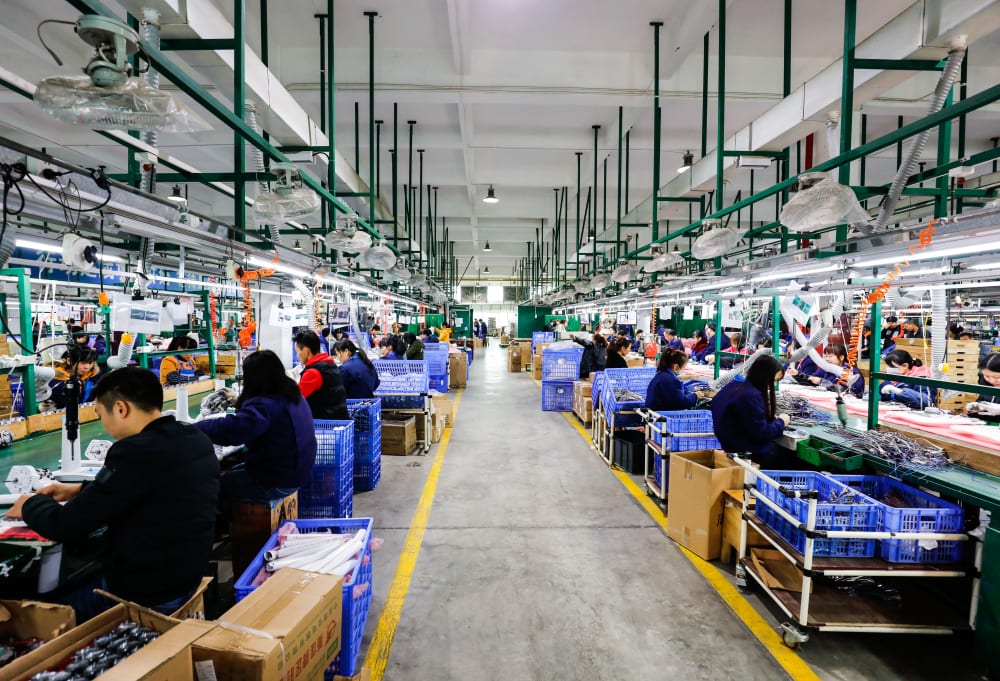 Industrial production climbed 3.9% in April from a year earlier, data showed on Friday

China’s factory output rose for the first time this year as the world’s second-largest economy slowly emerged from its coronavirus lockdown, although consumption remained depressed amid increased job losses.

Industrial production climbed 3.9% in April from a year earlier, data showed on Friday, faster than the 1.5% increase forecast in a Reuters poll of analysts and following a 1.1% fall in March.

After months of lockdowns, China is reopening its economy as the outbreak on the mainland comes under control. The production of oil, coal, metals and electricity all increased as plants restarted operations in April.

However, China continues to face major challenges in its services sector, particularly retail, and as the pandemic sweeps the rest of the globe, affecting other major economies and trading partners.

Of particular concern for policymakers ahead of next week’s annual meeting of parliament is the prospect of a spike in unemployment, which poses significant political risks for the nation of 1.4 billion.

Overall, this set of data shows only small and gradual improvements in economic activity, which could upset markets as China is seen as the ‘first out’ economy from COVID-19, said Iris Pang, Chief Economist for Greater China at ING.

China’s economy shrank for the first time since at least 1992 in the first quarter, as restrictions to curb the spread of the virus shut down factories and shopping malls.

Although much of the economy has reopened, many manufacturers are struggling with reduced or cancelled overseas orders as global demand falters. Earlier this week, data showed producer prices falling at their sharpest pace in four years, as industrial demand weakened.

More telling was a collapse in export orders seen in various factory surveys for April, which has significant implications for the industrial sector, a major employer in China.

China’s surveyed unemployment rate for April was 6.0%, slightly higher than the previous month.

Of greater focus are China’s migrant workers, who are a significant part of the workforce and often not counted in official data.

Liu said the number of migrant workers who had returned to their cities of employment from their home towns in April was at 90% of levels seen in previous years.

Those unemployment pressures are likely to strain household finances and drag on consumption.

Consumer spending remained weak in April with retail sales falling 7.5%, faster than the forecast 7.0% decline and extending the tumble in the first three months of the year as shops and restaurants across the country closed.

Fixed-asset investment fell 10.3% in January-April, compared with a forecast 10.0% fall and a 16.1% decline in January-March.

Private sector fixed-asset investment, which accounts for 60% of total investment, fell 13.3% in January-April, compared with an 18.8% decline in the first three months of the year.

China’s property sector, however, showed some resilience with real estate investment quickening in April while property sales fell at a much slower pace, providing some relief for authorities.

Facing an uphill battle to revive growth, legislators are expected to unveil fresh stimulus measures to spur domestic demand at the annual parliament next week.

Policymakers have signalled that further stimulus is in the pipeline, which should continue to boost infrastructure construction and industrial output, said Evans-Pritchard. But the recovery in consumption and service sector activity is likely to remain more drawn out.