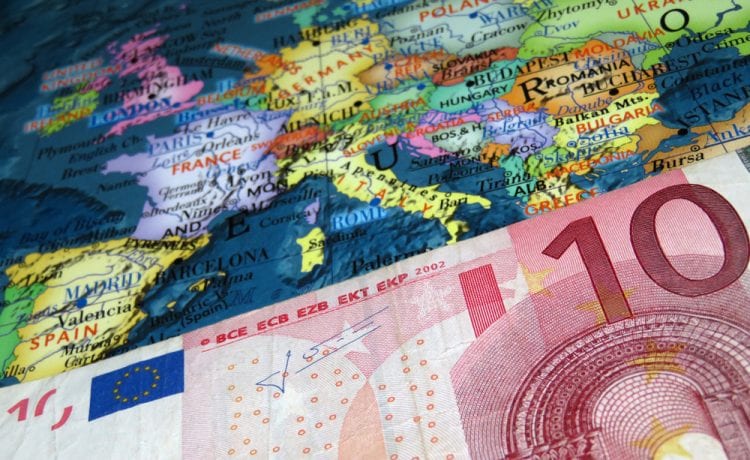 The White House said on Wednesday it had not ruled out further sanctions on top Chinese officials to punish China for its handling of Hong Kong.

The United States also said it was studying the national security risks of social media applications including China’s TikTok and WeChat.

The MSCI world equity index, which tracks shares in 49 countries, was down 0.5%, and MSCI’s main Europe Index was down 0.8%.

Although China’s GDP returned to growth in the second quarter, up 3.2%, retail sales data was worse than expected.

We’re going to see a mechanical V-Shaped recovery without a doubt but it’s the economic effects, things like discretionary spending, that I think people’s concerns are centred around, said Russell Silberston, investment strategist at Ninety One.

The big concern that we have is the economic scarring – how much damage is being done, he said.

The riskier Australian and New Zealand dollars slipped and euro-dollar, which hit a four-month high of $1.1452 on Wednesday, edged back down, at $1.1406.

Oil prices eased after OPEC and allies such as Russia agreed to taper record supply curbs from August, though the drop was cushioned by hopes for a swift pick-up in U.S. demand after a big drawdown from the country’s crude stocks.

Gold prices eased somewhat but were near a nine-year peak.

Euro zone bond yields held broadly steady, with borrowing costs in the periphery near their lowest levels since March. The benchmark German 10-year Bund yield was at -0.446%.

In Europe, the focus is on the European Central Bank’s meeting, at which it is expected to announce no new policy measures, having already bought record amounts of debt as part of its emergency response to COVID-19.

Though recent comments from ECB officials have shown signs of an emerging optimism, our economists don’t believe these signal a change in the policy stance, and expect the commitment to “substantial monetary policy stimulus” to be repeated, Deutsche Bank strategist Jim Reid wrote in a note to clients.

Rising COVID-19 cases have seen some countries re-impose lockdown measures, but the effect of new infections on daily market moves is not clear-cut, as the more economies shut down, the more stimulus from central banks and governments is expected.

If cases are rising and we see more lockdowns then that uncertainty will almost definitely hit markets, Ninety One’s Silberston said.

But, big picture, markets have rallied massively from the lows on the basis of stimulus so there’s a counter-argument that says: Ok, if we do go into lockdown, we’ll see even more stimulus, he said.

The ECB delivers its decision at 1145 GMT, and ECB President Christine Lagarde will hold a news conference at 1230 GMT.

Investors are also focused on a European Union summit on Friday and Saturday, at which the proposed EU-wide coronavirus recovery fund will be discussed.