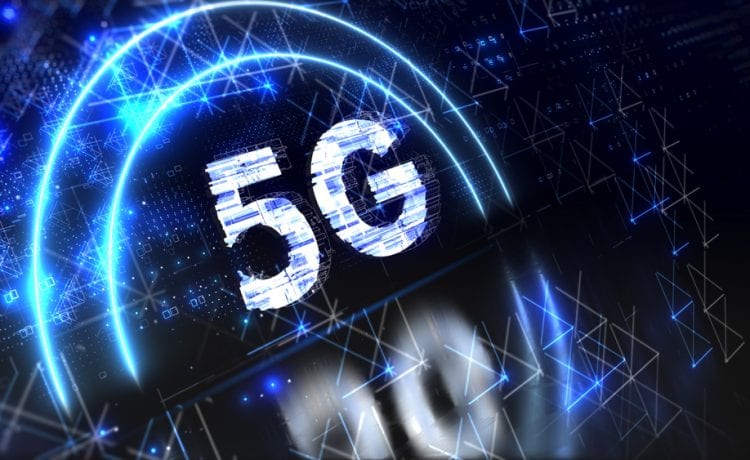 Under previous guidelines, mobile network operators were required to reduce the share of Huawei kit in noncore parts of their infrastructure to 35% by 2023

The U.K. announced Tuesday it will ban Huawei from its 5G networks, in a significant U-turn by the government that could significantly dent relations with China while appeasing the U.S.

Speaking in Parliament, U.K. Culture Secretary Oliver Dowden said mobile network operators in the country would be forced to stop buying equipment from Huawei by the end of the year. They will also be required to strip out Huawei gear from their infrastructure by 2027.

It’s a major reversal for the U.K., which in January gave Huawei restricted access to the country’s next-generation mobile networks. Under previous guidelines, mobile network operators were required to reduce the share of Huawei kit in noncore parts of their infrastructure to 35% by 2023.

But that decision was complicated by new sanctions imposed on Huawei by the U.S. in May. These restrictions mean the Chinese firm will no longer be able to source key chip equipment from trusted American suppliers. The U.K.’s National Cyber Security Center initiated an emergency review of Huawei shortly after the U.S. curbs were introduced.

Dowden said the move will delay the U.K.’s rollout of 5G mobile internet, which promises super-fast data speeds and increased network capacity. Banning procurement of new Huawei gear and reducing the Chinese vendor’s market share to zero by 2027 would result in an “accumulative delay” of up to three years and cost as much as £2 billion ($2.5 billion), he warned.

This has not been an easy decision, but it is the right one for the U.K.’s telecoms networks, for our national security and our economy both now and indeed in the long run, Dowden told lawmakers.

The decision is a significant blow to Huawei, which had been ramping up its investment into the U.K. with a new research and development centre in Cambridge, and a push for developers at the start of the year to help it build an alternative to Google’s Play app store. Huawei was cut off from licensed Google software last year due to U.S. trade measures.

This disappointing decision is bad news for anyone in the U.K. with a mobile phone, said Ed Brewster, a spokesperson for Huawei U.K. It threatens to move Britain into the digital slow lane, push up bills and deepen the digital divide.

Huawei urged the government to reconsider the move, adding it was “confident” the new U.S. restrictions “would not have affected the resilience or security of the products we supply.” Brewster said the company “will conduct a detailed review” of what the decision means for its business in the U.K.

But while the move will appease the U.S., it is likely to anger China. Relations between London and Beijing have already soured of late due to tensions over China’s new national security law for Hong Kong.

Dowden told Parliament that new U.S. sanctions meant the U.K. “can no longer be confident it will be able to guarantee the security of future Huawei 5G equipment.”

Huawei was designated a “high-risk vendor” by the U.K. in January. Prime Minister Boris Johnson’s government believed at the time that it could manage the risks associated with Huawei by excluding the Chinese firm from the sensitive “core” parts of the U.K.’s 5G infrastructure.

But security officials now say that U.S. restrictions mean Huawei products are likely to suffer more security and reliability problems because of the massive engineering challenge ahead — namely that the firm would have to find alternative chip suppliers for components used in its network gear.

Shenzhen-based Huawei is the world’s top telecommunications equipment maker. But it has been caught up in a tense geopolitical feud between the U.S. and China. More recently, that battle appears to have extended to include internet services, with Washington threatening to ban Chinese-owned video-sharing app TikTok last week.

Huawei reported its slowest first-half revenue growth in seven years on Tuesday, as the company continued to grapple with the impact of U.S. sanctions and the global coronavirus pandemic. The firm reported revenue of 454 billion yuan or $64.23 billion in first six months of the year, up 13.1% from a year earlier.

Tuesday’s move will inevitably impact Britain’s cellphone carriers. Three of the country’s top mobile network providers — BT-owned EE, Vodafone and Three — have already deployed 5G in their infrastructure. Executives at Vodafone and BT said last week it would take at least five years to swap Huawei telecoms kit out for another vendor’s.

But the government has made sure to try to allay the operators’ worries by committing to a seven-year timetable for phasing out the Huawei kit. This is in line with what carriers had been asking for ahead of the decision.

BT said its initial assessment of the government’s decision showed the firm could “absorb” the cost of having to rip out Huawei equipment from its 5G network within an initial £500 million it had set aside to comply with the original guidance in January.

Clearly this decision has logistical and cost implications for communications providers in the UK market, BT CEO Philip Jansen told the stock market late Tuesday. However, we believe the timescales outlined will allow us to make these changes without impacting on the coverage or resilience of our existing networks.

A spokesperson for Vodafone said the firm was “disappointed” by the decision as it would further delay the country’s rollout of 5G, but added that it would “work with the government to address the implications of this decision.”

A Three spokesperson meanwhile said the firm would “fully comply” with the decision, adding: We are working through the NCSC guidance to understand what it means for our network investment plans.

Ericsson has the technology, experience and supply chain capacity to help accomplish this, and we stand ready to work with the U.K. operators to meet their timetable, with no disruption to customers, Arun Bansal, president of Europe and Latin America for Swedish firm said.

Cormac Whelan, Nokia’s U.K. CEO, said: We have the capacity and expertise to replace all of the Huawei equipment in the U.K.‘s networks at scale and speed, and are ready to step up to support the implementation of the UK government decision with minimal impact on the people using our customers’ networks.

Shares of BT and Vodafone climbed 4% and 2% respectively on the news Tuesday; Ericsson stock fell about 0.4%, while Nokia was just above the flatline.