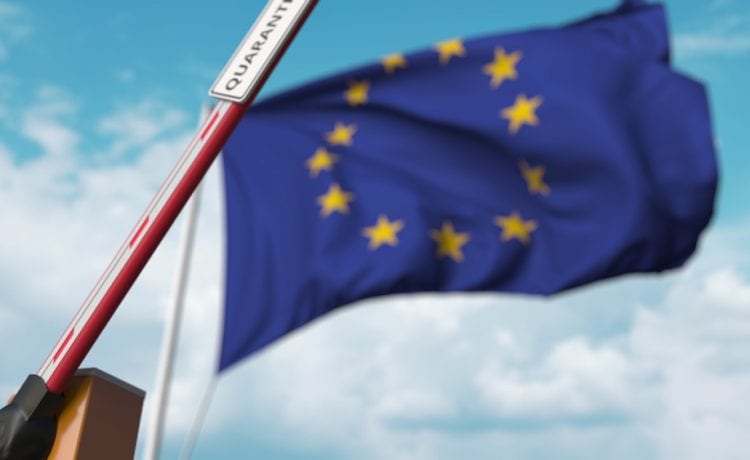 EU leaders were holding their first face-to-face summit in five months, but the gathering seems unlikely to bridge their divide over an $847-billion recovery fund

Outside the eurozone, London’ benchmark FTSE 100 index ended the day 0.6 per cent higher.

It was been a quiet trading session as the much-awaited EU summit to discuss the rescue fund began today, said market analyst David Madden at CMC Markets UK.

The European Union was facing a “moment of truth”, France’s President Emmanuel Macron declared on Friday.

EU leaders were holding their first face-to-face summit in five months, but the gathering seems unlikely to bridge their divide over a huge 750-billion-euro ($847-billion) recovery fund.

A determined band of northern members, led by the Netherlands, are holding out against doling out cash to their southern neighbours without strict conditions attached.

European Central Bank chief Christine Lagarde on Thursday leaned on EU governments, which have in the past left much of the heavy lifting to the central bank, to do more to kickstart their economies suffering from the pandemic.

Recent gains in European indices and in the euro, which is enjoying some real strength against the dollar for the first time in over two years, could easily evaporate if Monday arrives without progress of some kind, said Chris Beauchamp, chief market analyst at online trading platform IG.

US home construction surged 17.3 percent in June, the Commerce Department said, as the sector continued to gain ground following the disruption caused by the coronavirus pandemic.

However a US consumer sentiment survey fell to a three-month low, which is likely due to the increasing number of states reimposing restrictions and the end of supplementary unemployment benefits rapidly approaching.

Asian stock markets closed mixed following sell-offs the previous session, as disappointing recent data jolted optimism over the economic recovery that has helped drive gains for the past few months.

Traders have for weeks been able to look past fresh spikes in coronavirus infections around the globe to focus on the trillions of dollars spent on government support and the easing of lockdowns.

But with containment measures being reintroduced in parts of the world that had appeared in control of the outbreak — including Hong Kong, Japan and Australia — confidence has taken a hit.

Wall Street is drifting on Friday following another set of mixed reports on the economy, as the S&P 500 closes in on its third straight weekly gain.

The benchmark index was up 0.2% in midday trading, after earlier flipping between small gains and losses. The Dow Jones Industrial Average was down 29 points, or 0.1%, at 26,705, as of 11:55 a.m. Eastern time, and the Nasdaq composite was up 0.1%. Trading was relatively quiet across markets, with stocks overseas, Treasury yields and gold also making only modest moves. Even Chinese stocks were holding relatively steady: The Shanghai Composite index inched up 0.1% following a run earlier this month where its average daily move was more than 2%.

Friday’s muted trading came as reports showed a weakening in US consumer sentiment but a strengthening in home building activity. They’re the latest in a stream of reports that have shown how uncertain the path is for the economy, as a continuing rise in coronavirus counts threatens to undo improvements that seemed to have taken root in the economy.

Amid all the uncertainty, the S&P 500 was nearly evenly split between stocks rising and falling. BlackRock rose 2.9% for one of the larger gains in the S&P 500 after the investment firm reported a stronger profit for the spring than analysts expected. J.B. Hunt Transport Services also reported a bigger profit than Wall Street forecast, and it rose 3.1%.

Gold jumped on Friday, poised for its sixth consecutive weekly gain, as a record-breaking rise in coronavirus infections in the United States fuelled uncertainly about an economic recovery, while a weaker greenback also added support.

The dollar index eased 0.3% against its rivals.

A sharp rise in stimulus packages globally to shield economies from the fallout of the coronavirus pandemic has driven safe-haven Gold prices 19.3% higher so far this year.

Please remember that investments of any type may rise or fall and past performance does not guarantee future performance in respect of income or capital growth; you may not get back the amount you invested.
Richard StanleyJuly 18, 2020